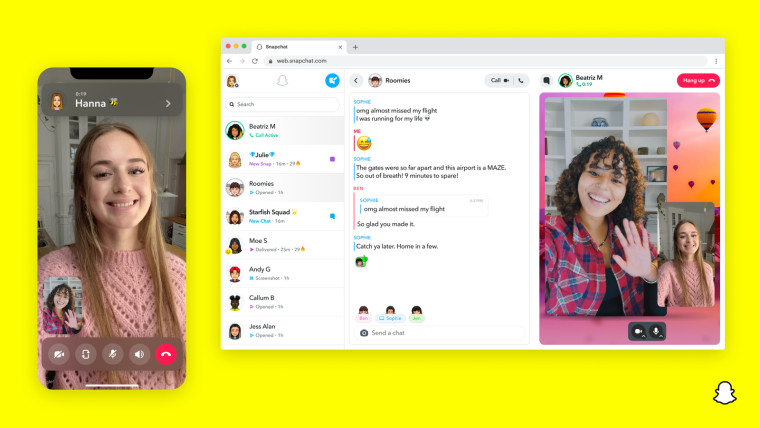 Team Snap announced today the launch of their long-awaited Snapchat for Web. This shall enable the 332 million Snapchatters worldwide to stay connected on the web through their desktop computers and laptops, without using their mobile phones. For now, Snapchat for Web shall include its signature features like Chat Reactions and Chat Reply. The popular Lenses feature is promised to be added soon.

Initially, Snapchat for web has been made available to Snapchat+ subscribers located in the United States, the United Kingdom, Canada, Australia, and New Zealand. However, It is expected that global users will be able to join in the near future.

While working or simply browsing on their computers, Snapchat users can now log on to the social media app using their Google Chrome browser to make audio/video calls, as well as continue regular chats. It is expected that a Snapchat for Web update enabling it to run on all popular browsers shall arrive very soon.