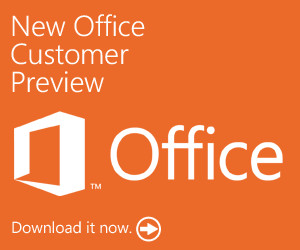 Our own preview version of Office 2013 indicates that it will expire on Wednesday, and our check of our Microsoft Account information shows that the subscription to the preview version ends after today. However, since Office 2013 launched on January 29th, the stated expiration date would seem to be on March 30th, which would also mean that the dates we are seeing are just a few days too early.

We emailed Microsoft and got this message from a spokesperson:

If you have installed or signed up for one of the Office 365 Preview plans, the Preview will expire approximately 30-60 days following general availability in a customer’s market.

So in other words, your mileage may vary depending on when and where you downloaded the preview version.