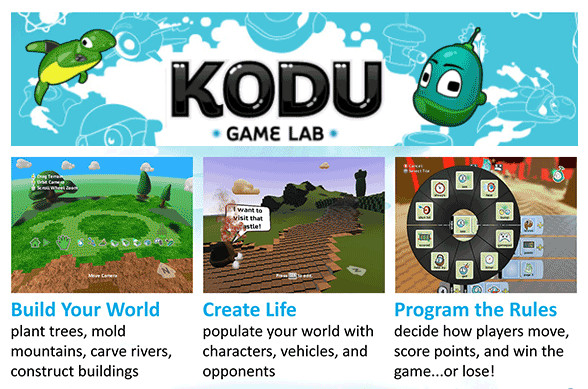 Microsoft's press release states that the new Imagine Cup Kodu Challenge will offer students in two different age (9–12 and 13–18) a chance to win cash prizes for the best games made via the Kodu tools. Microsoft says that since it launched in 2009, the Kodu tools have been downloaded near one-half million times and that 16,000 games have been created with the tools.

For this challenge, participants will explore the relationships between water and people through the medium of Kodu video games. Although the only limits for these kids are their imaginations, the partnership with Mercy Corps offers the chance to learn and explore water-related issues, including disaster relief, clean-water engineering projects and much more, through a video series on the Kodu Challenge website.