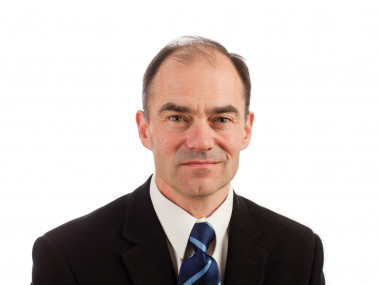 The man who has led ARM Holdings for almost 12 years has announced he will leaving the processor design company later this year. ARM announced today that CEO Warren East will leave his position on July 1 and that ARM President Simon Segars will succeed East to become the company's new CEO.

The press release quotes East as saying that he felt "now is the right time to bring in new leadership, to execute on the next phase of growth and to plan even further into the future." John Buchanan, Chairman of ARM Holdings, praised East for his work, saying:

Warren has transformed ARM during his time as CEO. In 2001, ARM had one processor product line found mainly in mobile phones. Now ARM provides the broadest portfolio of technologies in the industry, used by more than 300 semiconductor customers in nearly 9 billion chips last year. During Warren’s tenure the company has received royalties for over 40 billion ARM-based chips.

ARM's processor designs have been used by companies such as Qualcomm, NVIDIA, Texas Instruments and perhaps most notably Apple, which used ARM CPU designs as part of the basis for the processors in its iPhone and iPad products.

One of ARM's biggest achievements under East's leadership was getting Microsoft to announce in 2011 that it would support ARM-based processors for its next Windows operating system. In fact, the ARM support turned into an all new operating system, Windows RT, that officially launched alongside Windows 8 in late October 2012 with the release of the Surface RT tablet. However, sales of Windows RT tablets have been poor thus far, with many people preferring to go with Windows 8-based PCs that can still run legacy Windows programs.