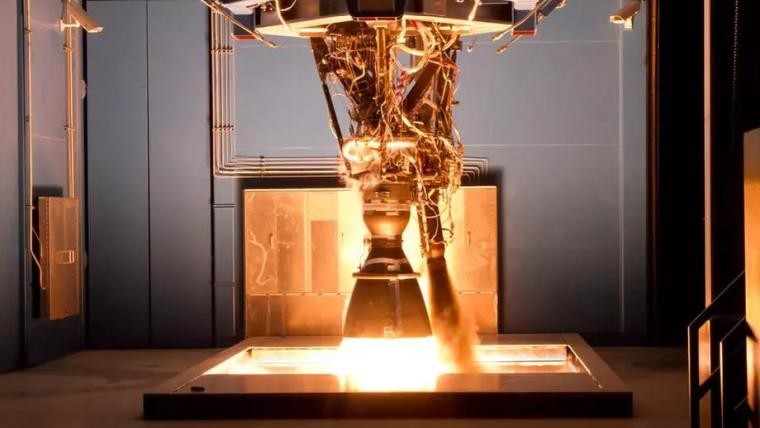 One of the key components in SpaceX's Falcon 9 launch vehicle exploded during a test earlier this week, and the company said today that it is investigating why the Merlin engine failed during a "qualifications test" at its McGregor test facility in Texas.

The company, owned by tech billionaire Elon Musk, has suspended further engine tests until a cause is found. No one was injured, but SpaceX said it sees the event as having no impact on future launches.

“We are now conducting a thorough and fully transparent investigation of the root cause,” SpaceX spokesperson John Taylor said in a statement to The Verge. “SpaceX is committed to our current manifest and we do not expect this to have any impact on our launch cadence.”

SpaceX has launched 16 successful missions this year aboard the Falcon 9, which uses nine different Merlin engines in its first stage to power the launch vehicle toward space. At least three more launches are planned this year. The next launch, a national security mission, is scheduled for next week from the Kennedy Space Center in Florida.

Despite the successes, the explosion is a cause for concern. In 2015, a Falcon 9 carrying supplies to the International Space Station (ISS) exploded shortly after liftoff. Last year, another Falcon 9 exploded on the pad during fueling. SpaceX eventually wants to start carrying astronauts, and once-a-year explosions are not a very good track record for human transport.

The company is also expecting to launch a Falcon Heavy rocket for the first time before the end of this year as well. That vehicle is much more complex, having 27 engines in its first-stage, offering a lot more opportunities for something to go wrong. In talking about the rocket's complexity earlier this year, Musk said “I hope it makes it far enough away from the pad that it does not cause pad damage. I would consider even that a win, to be honest. Major pucker factor, really.”