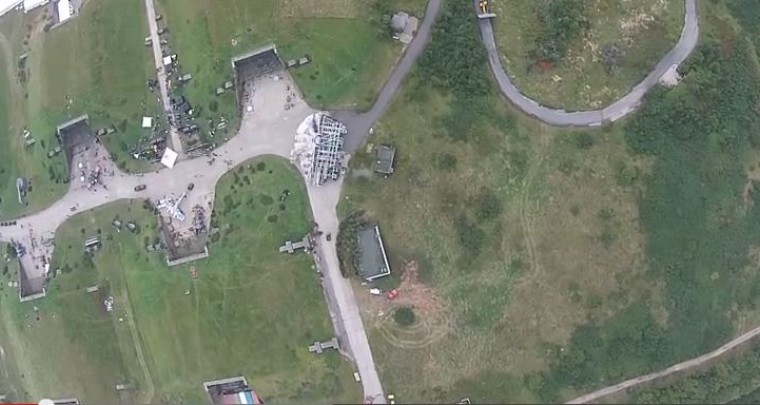 The latest installment of the Star Wars series isn't set to hit theaters until December, 2015, but filming of the latest blockbuster is already underway. While many fans can't wait to see the movie, others are flying drones with cameras high above the production lot in hopes of catching a glimpse of what's going to be in the movie. A recent video shows a half-built Millennium Falcon and an X-Wing fighter out in the open.

Pinewood Studios, the company making the film for Disney, apparently predicted this threat, so back in June ordered an unknown quantity of DroneShields. The devices, according to the website, can be used to detect and alert on unauthorized drones flying in the area. If a drone is detected, it sends an email and SMS alert out, although it's unclear what the studio would do if a drone was detected. The DroneShield doesn't actually prevent drones from operating, it only alerts you to their presence.

Regardless, according to Vice, the order was never processed. The United States government doesn't allow this product to be exported outside of the country, and since the export request was never approved, the DroneShield was never shipped.