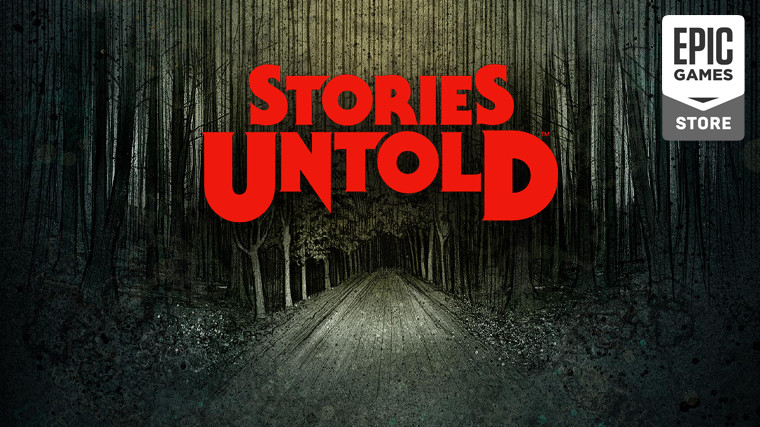 A fortnight has passed, and thus the Epic Games Store today has put fourth Stories Untold for free, taking the place of World of Goo. Epic is also making a slight change in the frequency of these free titles: for the duration of the Epic Mega Sale, a new title will be available to claim for free every week.

Originally released in February of 2017, Stories Untold features a series of four episodes, each a different experience in the horror adventure genre, but all set in England of 1986. The House Abandon, the title’s first episode, is notable due to its standalone free-to-play release in August 2016; for Stories Untold, it was remastered. It is then followed by The Lab Conduct, The Station Process, and The Last Session.

Stories Untold received favorable reviews from critics and players alike at its release. It was also nominated for the PC Game of the Year category at the 2017 Golden Joysticks awards. Here’s how the Epic Games Store describes the title:

Stories Untold is a narrative-driven experimental adventure game, that bends the genre into something completely unique. Combining a mix of classic text-adventure, point-and-click and more, 4 short stories are packaged together into a single mysterious anthology that has been described as “a fantastic, fascinating example of interactive visual storytelling” and earning widespread critical acclaim since release.

The game pulls together 80s retro nostalgia, innovative and experimental genre-defying gameplay, and tense, psychological horror to create “one of the most fascinating and unique tales you can play this year.”

Epic Games Store is offering the title at no cost for players on Windows and macOS. It is worth noting, however, that the game’s soundtrack is available on Steam, for those who wish to purchase that. Here are the minimum requirements for the game:

If you wish to claim Stories Untold, here’s its store page. Epic hasn't announced what it will put on offer next week.

Update: Epic Games has announced RiME as the next game that will be given away. This promotion will begin on May 23.