T-Mobile is the only one of the nation's top four wireless carriers not able to sell new iPhones from Apple. However, it's clear that T-Mobile wants iPhone customers to come and use its network. Today, the company announced a new marketing plan designed to attrack people who own unlocked iPhones. 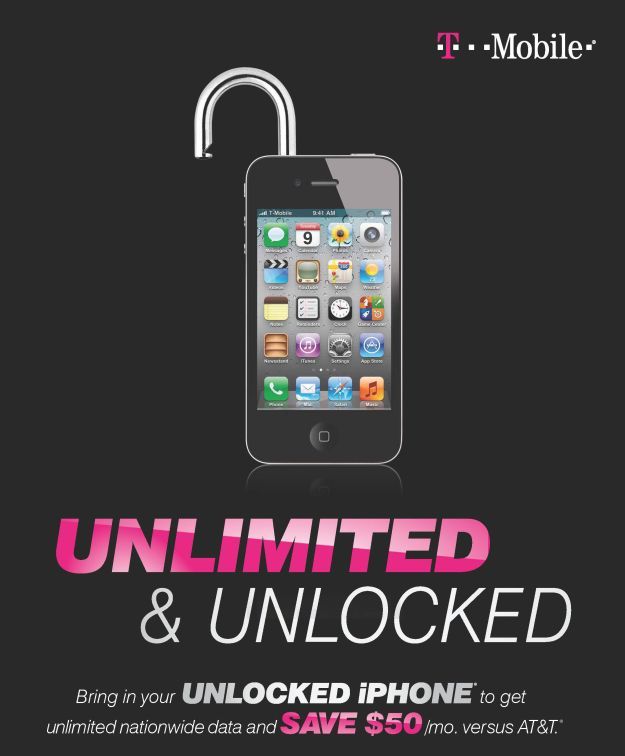 Today's press release states that, starting on September 12th, T-Mobile will begin adding an iPhone 4S device to each one of its retail stores to show customers what they need to do to get their unlocked iPhones to work on T-Mobile's network. The company will also release a series of iOS ports of its previously released in-house apps like T-Mobile myAccount, T-Mobile Visual Voicemail and T-Mobile TV.

T-Mobile is limited by the fact that only iPhones sold by AT&T will work on their network. The iPhones sold by Verizon and Sprint are not compatible with T-Mobile's HSPA+ infrastructure. However, T-Mobile is giving AT&T customers a way to get truly unlimited data from the iPhone via the company's recently launched Unlimited Nationwide 4G Data plan and save some money as well.