In 2006 AMD announced 'Fusion', a project aimed to develop a system on a chip that combined a CPU and GPU on a single die. Making the dream a reality for AMD was their acquisition of graphics chipset manufacturer ATI that same year. 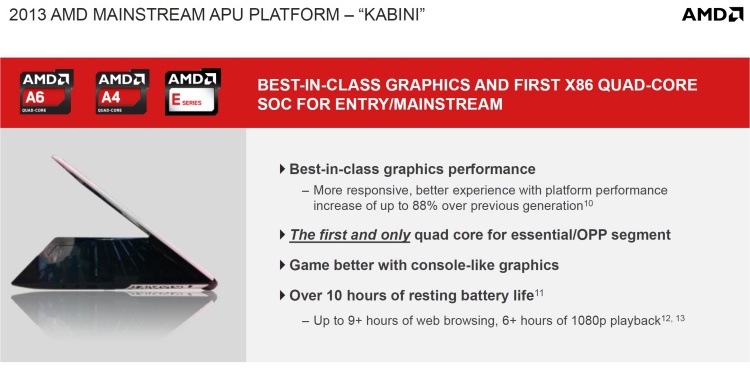 Fast forward to this day, AMD has taken things a step further with Kabini, the first ever quad-core x86-based SoC. AMD are releasing their first Kabini based processors today with the launch of the A6-5200 and the A4-5000. The A4-5000 that we are reviewing features four Jaguar cores clocked at 1.5GHz and a total L2 cache of 2MB, while the on-die GPU is the Radeon HD 8330. With the Kabini platform AMD is aiming to compete in the subnotebook, ultra-thin and small form factor markets.