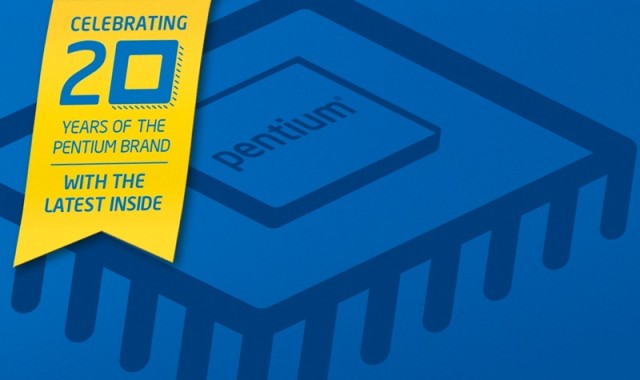 For more than a decade, tech-savvy users on a budget would commonly buy a sub-$100 CPU and achieve performance comparable to $200-$300 chips by overclocking. The practice dates back to the early Pentium and Celeron days and was a practical way to extract more performance out of low-end systems until Intel locked its Celeron, Pentium and Core i3 ranges about four years ago.

In a move to improve CPU performance, the FSB was eliminated and we now have what is known as the base clock. Unlike the front-side bus, the base clock only allows for very minor alterations and overclocking isn't an easy task. Today, the cheapest Intel CPU available to overclockers is the Core i5-4670K, which isn't exactly made for budget systems at $240.

However, to mark the 20th anniversary of its Pentium brand, Intel has released a special fully unlocked Haswell dual-core Pentium G3258 for $72 -- just what the overclocking community has been waiting for.