Marking the introduction of its Maxwell architecture, Nvidia has targeted AMD's $150 Radeon R7 265 with the new GeForce GTX 750 Ti, a card that promises to be more than another rebadge. The GTX 750 Ti's GM107 is meant to make Nvidia's 28nm design process as efficient as possible by splitting Kepler's 192-core streaming multiprocessor into four blocks with each block featuring its own control logic.

With fewer cores being used to get more performance, Maxwell consumes less power and improves Kepler's performance per watt. Maxwell brings other improvements as well, but that boost alone suggests that AMD's Radeon R7 265 could be in trouble at today's pricing considering it's essentially a slightly overclocked and steeply discounted HD 7850. 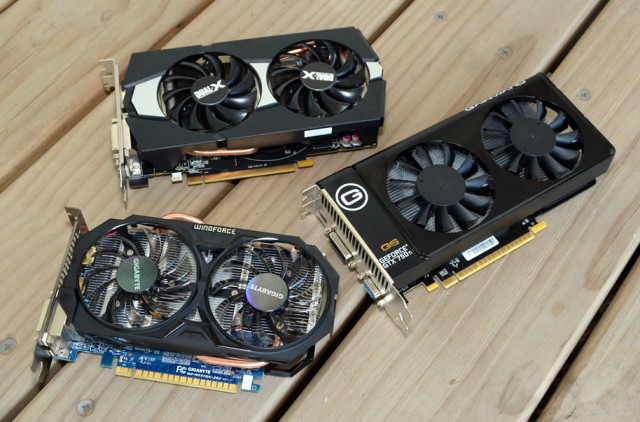 However, we can't forget that it hasn't even been two years since the HD 7850 was the best mainstream value going, so we have high hopes for the R7 265 at its reduced price point.

Read: Nvidia GeForce GTX 750 Ti vs. AMD Radeon R7 265
This article is brought to you in partnership with TechSpot