The DS2413+ is Synology's newest twelve-bay DiskStation NAS for small to medium sized businesses who need loads of storage. Along with supporting up to 48TB worth of drives out of the box, the DS2413+ can be paired with the company's DX1211 expansion enclosure that houses an extra 12 drives, doubling the maximum storage capacity of the base unit to a whopping 96TB.

The DS2413+'s processor has been upgraded to a gutsier Intel Atom model and there is twice as much memory. Synology has also been working hard to improve their DSM (Disk Station Manager) software, which is already widely regarded as the best in the industry and just so happened to receive an update recently. DSM 4.2 includes new features and performance improvements over version 4.1. 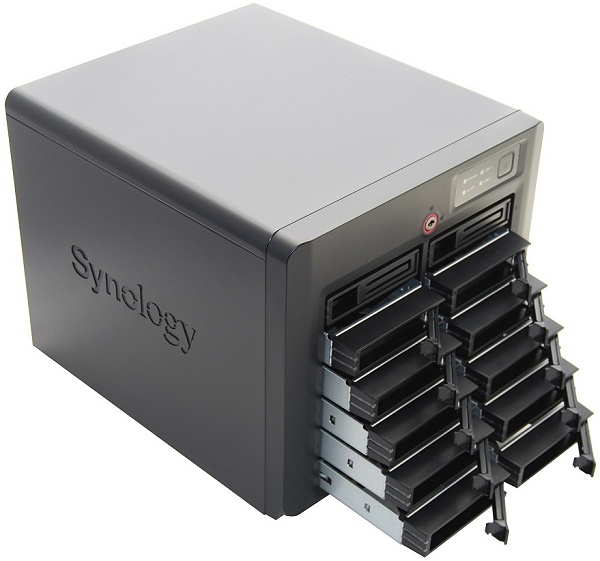 For those of you who haven't seen what DSM includes since our review of version 3.1 on the DS2411+, you'll be amazed with what's been added. We should also make a quick note before you get to the end and scoff at the price: the DS2413+ isn't for average home users. It's retailing for $1,700 without drives or the 12-bay expansion. With that in mind, let's see what the DS2413+'s upgrades offer.