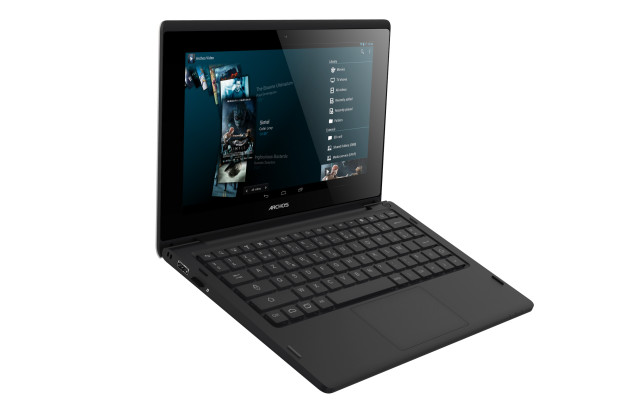 Not to mention that they've also been getting thinner and thinner, and that they're getting significantly cheaper, too. Now lets take all of that and throw it away, and instead produce something extremely low-spec and stuff it into a netbook shell, and that's exactly what French manufacturer Archos have done with their ArcBook.

Part of the array of features the ArcBook sports.

Although the promotional images may look great, don't be deceived. This beautiful laptop boasts a stunning 1024 x 600 pixel display on its 10.1" touch-screen, making it similar to.. well.. something bad from five years ago. The chipset is also as impressive as the screen: the dual-core ARM 9 Cortex-based RockChip RK3168 clocked at 1.2ghz is supported by a whopping 1GB RAM, and since the chipset supports both DDR2 and 3 it's unclear which is included.

One decent feature however is the 8000 mAh battery. With these phenomenal specs, the battery would last for quite some time.

Supporting the latest technology of 2008 doesn't come without its benefits-- Archos has included two USB 2.0 ports. If you were at least expecting the latest Android, then don't get too excited. Much to everybody's surprise, it only supports Android Jellybean 4.2.2. 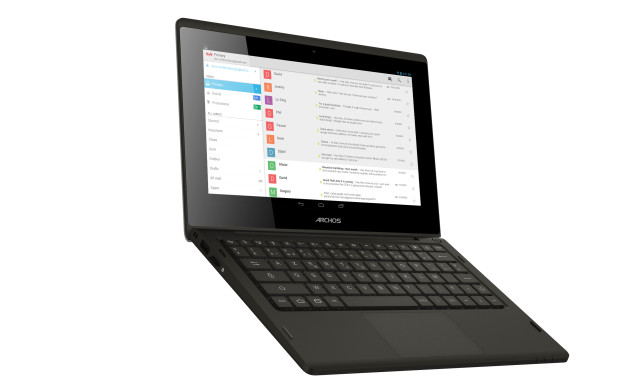 Yes, it can even do e-mail!

It does have a couple of benefits though. It comes pre-installed with OfficeSuite Pro, and 15GB of free Google Drive storage. This will ultimately be necessary as the device only has 8GB flash memory. For those who do not want to depend on the cloud, it also has a microSD slot supporting cards up to 64 GB, as well as the USB drives mentioned earlier.

Priced at $169.99, it is certainly not competing well against more modern devices. For an extra $30 you can get an Acer C720 Chromebook, which is a much more reasonable device for any serious person. Still, at least the CEO isn't dunking the device into a jug of water this time.