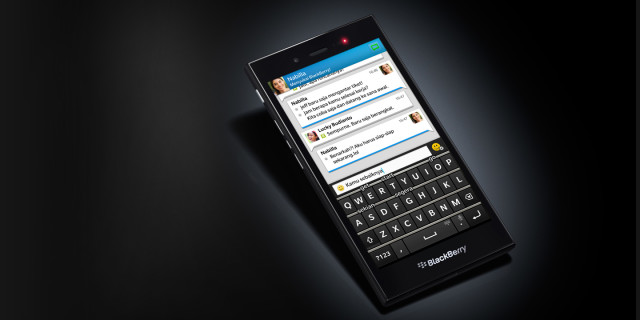 BlackBerry has launched the Z3, Jakarta Edition in Indonesia and will make the smartphone available in stores starting Thursday.

The Z3 was first showcased at the Mobile World Congress 2014 and will finally be available to consumers in Indonesia starting  on the 15th of May for a price of IDR 2,199,000 (US $191). This is BlackBerry's second large screen smartphone since the Z30. However, the smartphone's specifications are on the lower side as it is a mid-range device. Compared to modern mid-range smartphones the Z3 seems to have lower specifications, but BlackBerry is touting its keyboard's intuitive for the Bahasa language, and focus on local content as a selling point for the device.

On the hardware front the Z3 features a 5" LCD screen with FWVGA resolution which gives a 220 pixels per inch density, 1.2 GHz dual core Snapdragon 400 processor, 1.5GB RAM, 8GB internal storage which can be extended using a MicroSD card, a 5 megapixel auto-focus camera with flash, and a secondary video calling camera powered by a decent 2500 mAh battery. The phone runs on BlackBerry's latest 10.2.1 operating system.

The Z3 Jakarta Edition will feature a selection of local content such as BBM stickers and channels. Additionally, for a limited period of time BlackBerry will be selling the Z3, Jakarta Edition with "Jakarta" inscribed on the back to commemorate the launch of this specially targeted device.