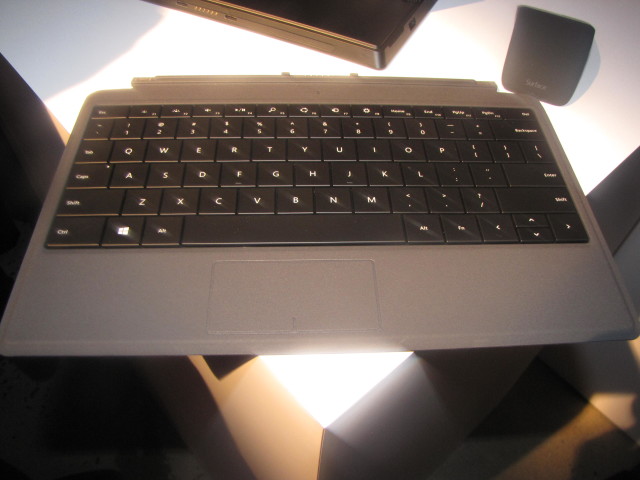 On Monday I gathered with a number of other journalists, analysts and guests to get the first official word on the new Surface tablets that will be released on October 22nd.  The Surface 2 and the Surface Pro 2 seem to be solid tablets with a lot of performance inside their thin cases. I am still skeptical that the Surface 2 will find a bigger audience compared to the original, simply due to the limitations of Windows RT, but the Surface Pro 2, with its Haswell processor and greatly improved battery life combined with Windows 8.1 could a huge hit for the holiday shopping season.

The Surface press event was a little bit of a mad cap attempt to get hands-on time with the tablets, as Microsoft made the decision to only bring a few units each of the Surface 2 and Surface Pro 2 to the venue. Some of those units didn't even work properly; a couple of the Surface Pro 2 tablets had a display that was locked with a Windows 8 Start screen that could not be changed even when you touched the screen. My articles about the tablets were, by necessity, something of a hypersonic skim of quick impressions.

However, now that I am safely back home, I can gather my thoughts a bit better on the Surface event. As it turns out, I am actually a bigger fan of the new accessories for the Surface family than the tablets themselves. 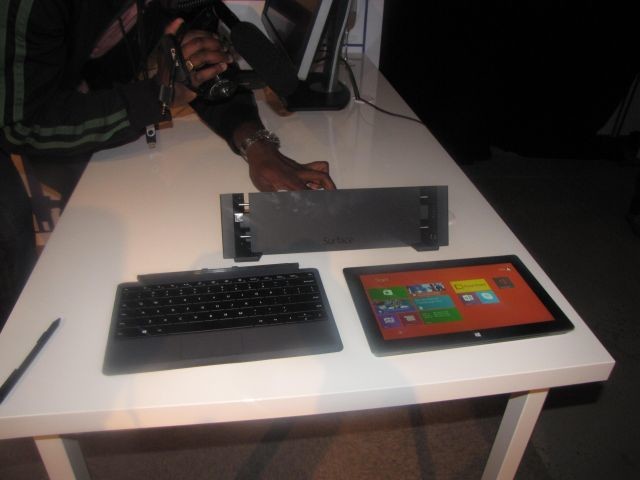 The second generation versions of the Touch and Type Covers are thinner and have better responsiveness in terms of just simply typing. Having both of these covers contain backlit keys is an awesome touch and the Touch Cover 2's massive increase in sensors allows it to have some custom gestures that other keyboard can't have. The all new Power Cover is thicker than the Touch and Type Covers but since the Power Cover also increases the battery life of the Surface Pro 2 to (allegedly) 17 hours that's a compromise I won't mind taking. Then there's the docking station, which can charge up the Surface Pro 2 while also serving as a way to connect the tablet to even more devices, including a big monitor.

The truth is that, for myself, the accessories for the Surface family that were introduced on Monday stole the show away from the tablets themselves. We knew that both the Surface 2 and the Surface Pro 2 would be more powerful and have longer lasting batteries while still keeping the same type of magnesium case that the originals had. The only major difference in the actual design is the kickstand which can now be placed in two different positions. It's neat but it's not what you would call a huge new feature.

Yet Microsoft seems to know that people who will want to buy the new Surface tablets will want to trick them out with other useful products. This is something that Apple doesn't seem to care about when it comes to selling accessories for the iPad. Apple has refused to release its own keyboard for the tablet. Yet there are tons of third party companies that are offering such keyboards for the iPad. 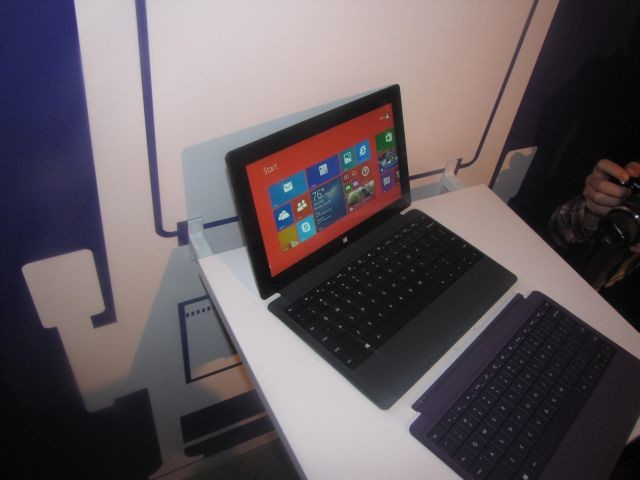 When I was traveling to and from New York City to go to the Surface press event, I spend a lot of time in airports. Even though we are supposed to be living in the age of tablets over PCs, I saw a ton of people in airport terminals working on good old fashioned notebooks with physical keyboards. When I did see people using an iPad, they almost always had a cover accessory that doubled as a keyboard for the tablet.

Apple wants to ignore the fact that the iPad is something of an incomplete computing device. It's nice that it's got a high resolution touchscreen and that it's thin and light, but people want to do more with tablets in general, and the iPad in particular, than touch the screen. They want to type long documents and interact with it on a deeper level. Working on a tablet should be different than working on a smartphone, which is supposed to be smaller and therefore can get away with a touchscreen only interface. 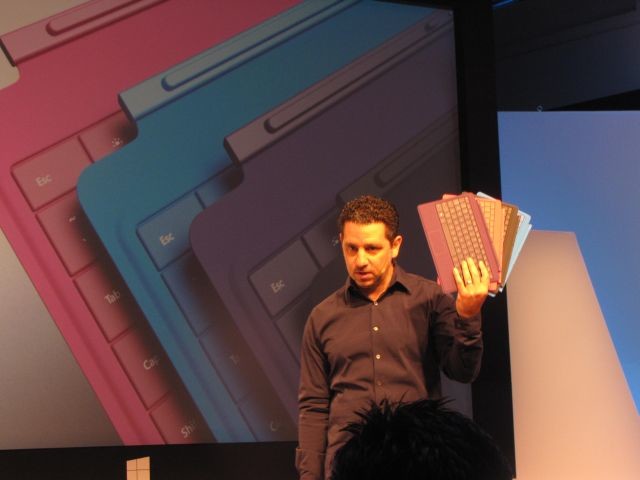 The Microsoft Surface team, lead by Panos Panay, knows that folks want more from a tablet with a 10.6 inch display than just a touchscreen. They have gone out of their way to provide some great add-ons for the Surface products that instantly make them stand out from the crowd. Yes, there are other Windows 8 tablets that have keyboard add-ons, but none of them really look or feel like what Microsoft has created for the Surface family.

Even the minor add-ons that were introduced today, such as the car charger and the adapter that allows the Type covers to go wireless, are evidence that Microsoft wants to make using the Surface tablets as easy as possible, without having to depend on third parties to come up with alternatives. 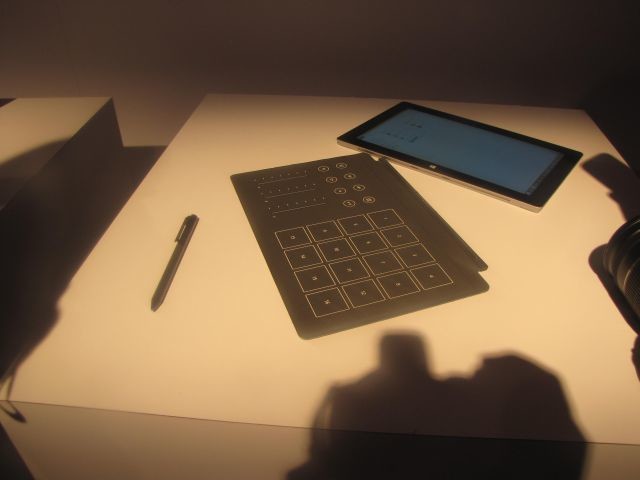 Even the rather odd looking Mix Cover that was shown off on Monday, which I think is going to be a highly niche add-on, shows that Microsoft wants to look outside the traditional keyboard for Surface accessories. Apple wants people to believe that a fingerprint scanner on their new iPhone 5s is something new but the truth is that Microsoft, not Apple, is the one moving into innovative directions with the Surface hardware division.

As I said, I still have major doubts that the Surface 2 will attract a wider audience. Microsoft may have over 100,000 apps in the Windows Store to download, but most of them are, well, bad. Yes, it's nice that Office RT, including Outlook RT, is included with Surface 2, but that doesn't change the fact that there are tons of useful legacy desktop applications that will never run on the Surface 2. That alone will make people pause as they decide whether or not to pick it up. The decision to price the 32 GB version at $449 won't change that.

However, as we move into a new phase of PC computing where mobility will replace the huge desktop case, Microsoft seems to have prepared itself very well with the Surface Pro 2 and its line up of add-ons. While we will wait for a final verdict on the tablet in our full review later this year, I am optimistic that Microsoft is heading in the right direction and that the "death" of the PC and Windows that's been predicted by many an analyst has been greatly exaggerated.

Some other quick thoughts about the Surface event: