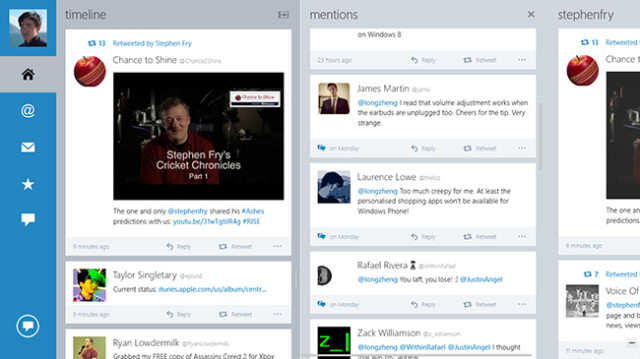 In March 2012, three programmers (Long Zheng, David Golden and Winston Pang) launched version 1.0 of MetroTwit for Windows 7 and Vista. It became one of the most popular third party apps for accessing Twitter. Later, the team released a Windows 8 Modern UI version.

Both apps were released before Twitter decided in August 2012 to change their developer APIs so they could enforce their own limits on how many users each third party app could have. Today, the MetroTwit team sadly announced that the "access token limit" is forcing them to shut down both MetroTwit for the desktop and for Windows 8.

Sunsetting MetroTwit: all good things must come to an end https://t.co/bMMm07b6xb

In a blog post, the team stated they were closing both apps ahead of actually reaching the token limit "due to technical limitations of Twitter’s API which may prevent existing users from accessing the app after the limit has been crossed." People who have already downloaded and use either one or both apps can continue to use them forever, but MetroTwit itself can no longer be downloaded and current apps won't be updated anymore. People who have paid for the $4.99 MetroTwit Plus will also still be authenticated. 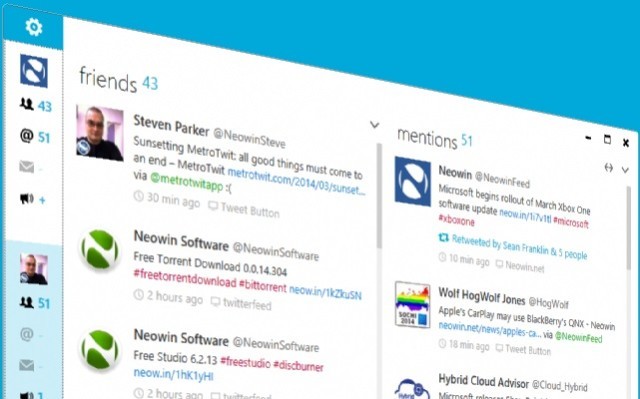 In their final message, the MetroTwit team said they were grateful for the 400,000 users that have accessed their program during its development. They added:

None of us could have ever imagined what a humble Photoshop mockup would become as popular and acclaimed as MetroTwit. Not without its challenges and struggles, we’re proud to have worked on this app and its many updates.

The Verge reports that the MetroTwit team did make an appeal to Twitter to increase their access token limit for their apps, but that request was denied.

Source: MetroTwit via The Verge | Image via MetroTwit