Microsoft released its latest software update for the Xbox One Tuesday night, which has a number of improvements for the game console. However, there's one new feature in this update that the Xbox team did not mention; an expansion of the console's Bing search features. 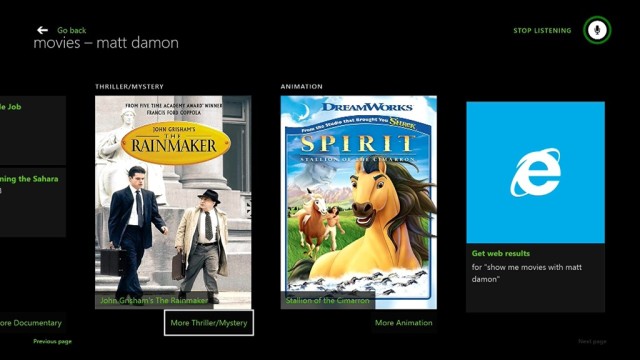 Previously, Bing was only able to search inside the Xbox One's marketplace for games, videos and music. Now, the official Bing blog states that with this week's update, the search engine will include web results as well that can be viewed in the console's version of Internet Explorer. The Xbox One update will also allow users to highlight text on a web page in IE; pressing the menu button will then engage Bing in the browser.

This is a very welcome update for Xbox One users who previously might have been frustrated with some of the limitations of Bing in the console; hopefully Microsoft will allow for full Bing voice search while using IE in the future.

As we have previously reported, the new update for Xbox One is in the middle of rolling out worldwide and should be available to download for all owners of the game console by the end of this week.