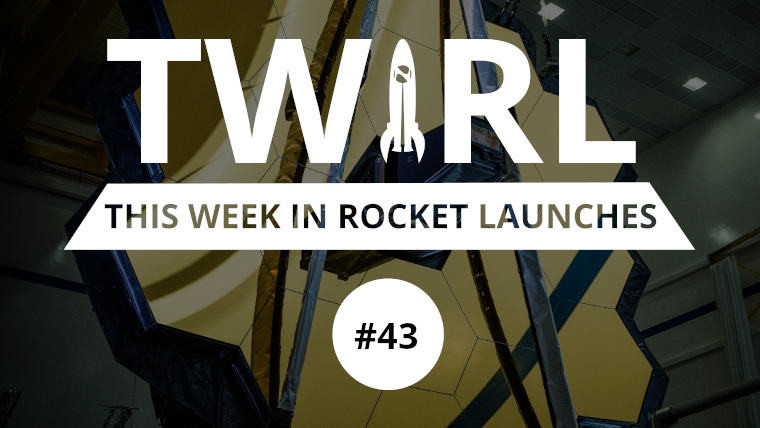 We’ve got a quiet week ahead of us with just China and SpaceX launching satellites. Instead, next week, we’ll likely see anticipation for the James Webb Space Telescope build as Arianespace prepares to put it into orbit aboard an Ariane 5 ECA+ rocket. A few days ago, for example, the European Space Agency announced that the Ariane 5 launch vehicle has been moved to the final assembly building in French Guiana to get the telescope ready for launch.

The mission began development way back in 1996 with a scheduled launch planned for 2007 but due to a redesign and several subsequent delays, JWST won’t get off the ground until December 22, 2021 – a quarter of a century after work began. The wait for JWST is definitely worth it, however, because it will help unlock more data about extrasolar planetary systems and could even detect signs of extraterrestrial life by observing atmospheres of other worlds.

But enough of that, let’s return to launches for the week beginning December 13th.

The first and only launch scheduled for Monday is a Chinese Long March CZ-3B/E rocket carrying a mystery payload. It will take off at 4:07 p.m. UTC from Launch Complex 3 at the Xichang Satellite Launch Center. There should be a recording of this launch next week but don’t expect to see the event live. Hopefully, we’ll get more information on the payload too.

The second and final launch of the week will lift off from Cape Canaveral in Florida. SpaceX will launch a Falcon 9 rocket carrying the Turksat 5B communications satellite. The satellite was built by Airbus Defense and Space but it received significant contributions from Turkey. It will deliver Ku-band TV broadcasting over Turkey and other Middle East, European, and African countries. The rocket will launch between 3:58 a.m. and 5:28 a.m. UTC and could be broadcasted on SpaceX’s YouTube channel.

The first launch we got this week was the Ceres-1, the rocket launched from China on December 7 at 4:12 a.m. UTC and was carrying five satellites. You can see the launch below.

The second launch took place on the same day but at a bit later at 10:19 a.m. UTC. United Launch Alliance launched an Atlas V rocket carrying the Space Test Program-3 mission for the U.S. Space Force. It was carrying several satellites.

Next up was the Soyuz MS-20 mission which carried some tourists to the ISS.

You can see their arrival below.