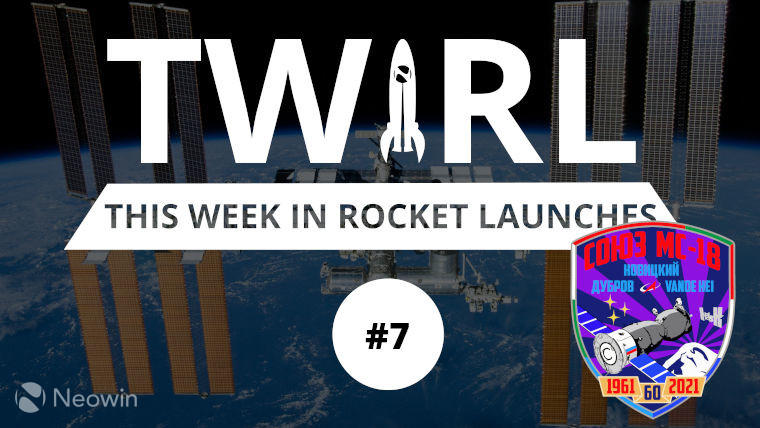 For the first time since the start of This Week in Rocket Launches, we have a crewed mission to the International Space Station. It will be ferrying Russian cosmonauts Oleg Novitsky and Pyotr Dubrov, as well as NASA astronaut Mark Vande Hei. Their capsule is set to stay docked with the ISS for six months and will act as an escape pod for the residents of the station should they need to evacuate.

This week there are a collection of missions marked as “No Earlier Than (NET)” which means we don’t have a definite launch date for them other than the earliest point at which they could launch. A few missions we mentioned last week that still haven’t launched include ExPace’s Jilin Gaofen 2D satellite atop the Kuaizhou KZ-1A rocket, Electron’s STP-27RM mission for the U.S. Air Force, and Blue Origin’s New Shepard NS-15 mission which is a precursor to a crewed mission by the firm.

The first new mission listed this week is set for tomorrow. A Chinese Long March CZ-6 rocket is set to launch the Qilu 1 and Qilu 4 satellites into orbit from the Taiyuan Satellite Launch Center. This pair of satellites are used for remote sensing radar and can produce detailed radar images of the Earth’s surface even if it’s cloudy or dark. This mission is marked as NET.

ExPace’s Kuaizhou KZ-1A mission to orbit the Jilin Gaofen 2D satellite is also scheduled for no earlier than Monday. The satellite will join the Jilin 1 constellation which is owned by the Chang Guang Satellite Technology Company and will capture high-res images from an orbit of 535km.

One of the few missions not to be tagged as NET is SpaceX’s Starlink 23 (V1.0-L23) mission. This will see 60 Block V1.0 Starlink satellites sent to low Earth orbit atop a Falcon 9 Block 5 rocket. These satellites will work together with the existing Starlink network to beam internet connectivity back to the Earth. Once fully operational, the Starlink network is expected to consist of at least 30,000 satellites, which are usually visible from Earth. SpaceX launches will be streamed online. If you want to see the last Starlink mission, check the video below.

On Friday, we will see the launch of a Roscosmos Soyuz 2.1a rocket from Baikonur Cosmodrome, Kazakhstan, carrying Russian cosmonauts Oleg Novitsky and Pyotr Drubov, and American astronaut Mark Vande Hei to the International Space Station. With NASA now using SpaceX to get to the space station, it remains to be seen whether any more American’s will go to space on the Russian rockets. If the launch goes to plan, the Soyuz rocket will take off at 08:42 UTC and will arrive at the ISS in just three hours. NASA will likely carry a live stream of the launch or provide post-footage.

Three Exp 65 crewmates are in Kazakhstan in final training for an April 9 launch aboard the Soyuz MS-18 crew ship to the station. More pix... https://t.co/ivyIuyvnkf pic.twitter.com/MxW33XU0jN

The final three missions of the week are all scheduled for no earlier than Saturday. These missions include Electron’s STP-27RM which will carry an experimental mission called Monolith for the U.S. Air Force, SpaceX’s Starlink 24 (V1.0-L24) which will put another 60 satellites into orbit to provide internet connectivity, and Blue Origin’s New Shepard NS-15 mission which will test the loading and unloading of the crew before a fully crewed mission with NS-16. Blue Origin and SpaceX will provide live streams for their launches.