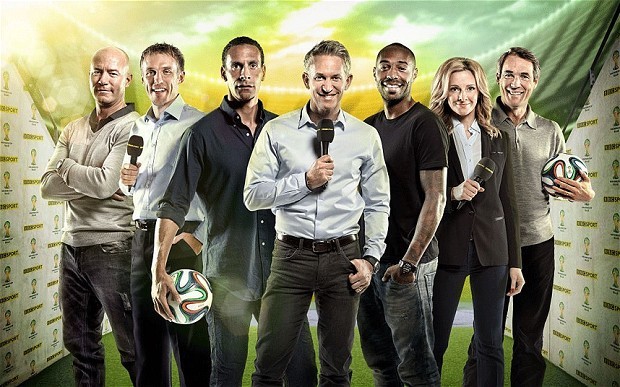 Phil Neville, second from the left, criticised for his commentary over the World Cup 2014

Former football player, Phil Neville, has received a swarm of abusive tweets over his 'dull' and 'boring' manner when commentating the England v Italy game that took place on Saturday night, a part of the World Cup 2014 in Brazil. Although Neville received a bombardment of hate messages to his own account, a fellow Twitter user cursed with the same namesake became a victim of criticism too. 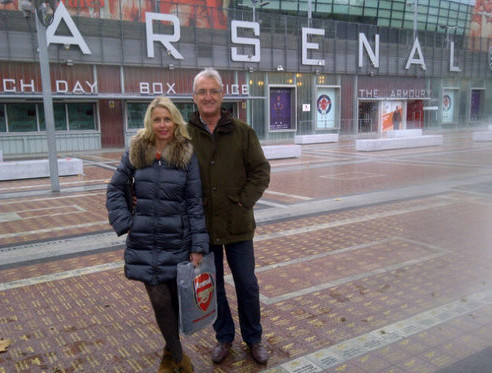 Phil Neville, a 60 year old radiator salesman, said that upon returning home after watching the game with his friends, his phone would not stop buzzing. Mr Neville was being tweeted abusive messages after being mistaken by many for the former Manchester United and Everton player. He continued to receive threatening and offensive tweets throughout the following day including one that read 'I hope you die'.

Mr Neville has been aware of his unfortunate naming since 2011. One of the very first tweets on his account was "I have the same name as the footballer Phil Neville of Everton and I keep receiving contact from fans". The misunderstanding may be due to his Twitter username @philneville compared to the commentator who has a slightly less recognizable handle of @fizzer18.

Among the 445 complaints over Neville's commentary, influential figures such as Ricky Gervais and Didi Hamann tweeted "I genuinely hope that Phil Neville doesn't ever read Twitter. Brutal." and "If Phil Neville reads his Twitter feed he may not come out for the second half." The other Phil Neville said he felt sorry for the commentator, and tweeted him with a good luck message recently.

Despite the vast array of complaints, the BBC has confirmed that Neville will remain to play a "key role throughout the tournament" which will continue to unfold over the next few weeks.

Source: BBC | Image via The Telegraph