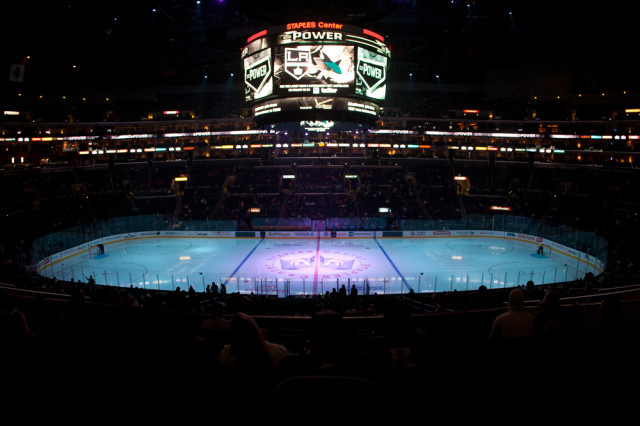 As the Los Angeles Kings celebrated their well-earned victory becoming the National Hockey League Champions for 2014, AT&T also celebrated and shared some of the statistics from its Distributable Antenna Systems from within the Staples Arena. During packed events like the NHL finals, there is a massive load that hits the cellular network that can usually create bottlenecks and will result in sluggish data speeds, dropped calls, or text messages that can't be sent. I'm sure most of us have experienced this at some point, and needless to say, it's a terrible way to experience a mobile network.

Luckily, AT&T has a DAS system set up at the Staples Center where multiple events are held throughout the year. Not only does the stadium house teams like the Clippers and the Lakers, but also concerts, award shows and more. This was especially the case during the Kings run towards the Stanley Cup. The DAS systems were able to handle the intense load that averaged close to 98GBs during this year's playoff games. This is roughly equivalent to 280,000 posts to social media channels like Twitter, Vine, Facebook, and Instagram.

Even more staggering is the amount of data that was used during the final game of the playoffs against the Rangers. During the final game alone, the stadium crowd managed to consume a mind numbing 163GBs of data. While this might seem like a lot, this is only accounting for what AT&T customers used in the stadium. Although I don't have statistics for other carriers, I'm sure that they had equally brutal nights that tasked their mobile networks with massive amounts of traffic.

Although we might not even second-guess cell service at a busy venue, companies strive to create a better experience by utilizing DAS systems. Next time you're at a concert, sporting event, or outdoor festival, see if you can spot your favorite carriers DAS systems. If you can't, there is a good chance you'll be in a world of hurt experiencing poor or sluggish service.