After a scare in the air this week, the U.S. has purposed stronger regulations for incoming international flights to the U.S., which will prevent you from using your electronics on board in some cases. The ban is only for some international flights coming into the US, and not for domestic flights in the U.S.

The TSA released a statement regarding the new changes:
"Passengers flying from international locations to U.S. destinations may notice additional security measures in place. These measures are designed to be unpredictable, so passengers should not expect to see the same thing everywhere. Due to the busy holiday travel season, both domestic and international travellers should allot extra time for check-in."

The electronics ban is likely to be randomly enforced. Both British Airways and Virgin Atlantic have confirmed to Pocket Lint that travellers to the US from the UK will still be able to take electronic equipment such as laptops, DVD players and games consoles on their flight as usual.

According to a post on Twitter, the new security measures will add body searches and the electronic ban will be for some international flights only. The New York Times also reports that passengers will not be allowed to move from their seats an hour before landing, when the plane begins to descend. 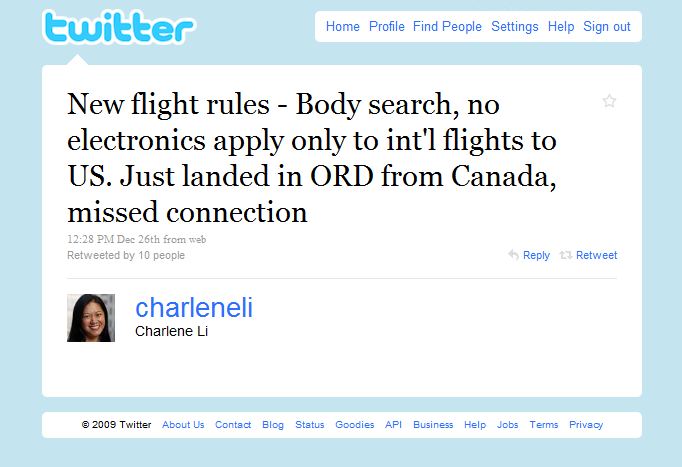 Although this ban may only be temporary, it comes in effect just as passengers from all around the world will be heading to Las Vegas for CES 2010 and can expect a boring flight. A lot of passengers will be upset over this ban, when they won't be allowed to use their new iPod or Zune HD that they got for Christmas.