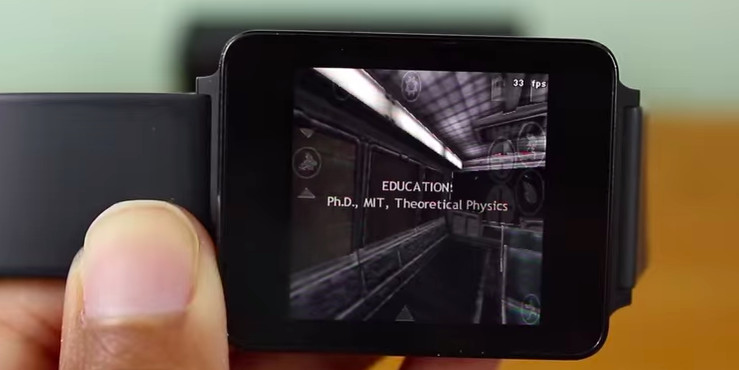 Emulators have always been a great source of entertainment and an excellent way to revisit classic titles and consoles. While it might not be the most convenient means of playing, It looks like YouTuber Dave Bennett has figured out a way to get Valve's 'Half-Life' running on an Android Wear device.

Bennett is running SDLash3D, which allows emulation of Valve titles on Android and Android Wear devices. Interestingly, the game actual runs fairly well, although it does struggle in certain areas achieving anywhere from 2-60 frames per second.

While the process is certainly a proof of concept, it is interesting to see such a game being played on a wearable. Valve's Half-Life originally made its debut in November 1998. The series spawned successful sequels with many clamoring for a third and still missing final chapter in the series, Half-Life 3. Despite rumors of a third installment, it has been close to a decade since we last saw new content from the Half-Life universe.

If you'd like to try this project for yourself, be sure to visit Bennet's site for a full tutorial.