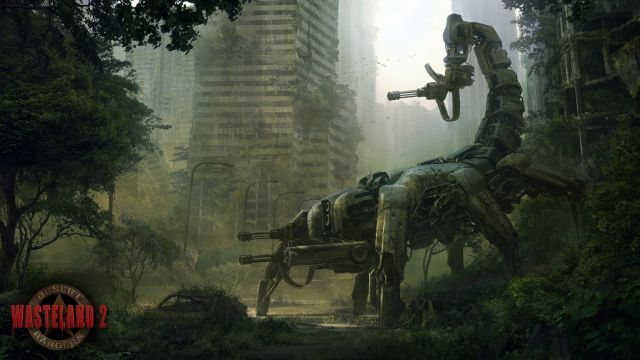 Fans came out in droves to support a plan by developer inXile Entertainment to fund Wasteland 2. Today, after over 30 days, the Kickstarter campaign ended for funding the sequel to the 1988 post-apocalypse RPG. inXile announced that it has received a total of over $3 million to fund the game, after first announcing a goal of $900,000.

While the campaign raised over $2.9 million on the Kickstarter web site, Eurogamer reports that inXile also raised over $100,000 via PayPal pledges. Because the campaign reached the $3 million milestone, that means that people who purchase Wasteland 2 will also get a mod editor for the game sometime after its release.

Wasteland 2 is now under development at inXile, with some help from Obsidian Entertainment, and has a number of team members who worked on the original 1988 game putting their efforts into the sequel. You can find out more about the game in our recent interview with inXile founder and CEO Brian Fargo. The game is currently due to be released for the PC, Mac, and Linux platforms in October 2013.

Meanwhile there are a number of other noteworthy game projects on Kickstarter, including one to revive the Shadowrun series. With 11 days to go, the Shadowrun Returns campaign has raised $1.1 million, well ahead of its planned $400,000 initial goal, although the development team at Harebrained Schemes has plans for additional content if more money is raised.