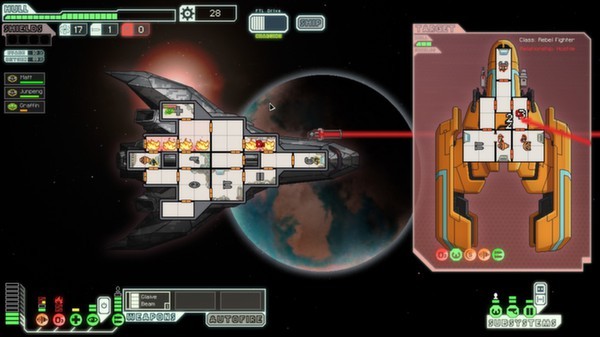 This weekend's downloadable PC game sales have a lot of variety. Over on Steam, two well received and recent indie games have weekend price cuts. One is FTL: Faster Than Light, the acclaimed space strategy-simulation game from developer Subset Games that lets users take command of nearly all aspects of a starship. You can get FTL this weekend for 40 percent off. You can also get its soundtrack for 40 percent off.

Yet another indie game on sale at Steam this weekend is Hotline Miami, the retro-styled game from developer Dennation Games. This game, which kind of resembles the first two Grand Theft Auto titles, is very violent, very colorful and very fun for adults. You can get it now on Steam for 50 percent off.

GoG.com has put many of the Myst adventure games on sale this weekend for 60 percent off their normal price. You can also find a bunch of downloadable PC games on sale at GameStop, including the recently released Hitman: Absolution for $20 off its normal price. Finally, the Humble THQ Bundle, which has now raised close to $4 million as of this writing, has now added Titan Quest and the Red Faction: Armaggedon: Path to War DLC pack to the mix if you pay more than the average amount.