The latest bundle from the Humble Store is offering games that were in some of the most popular bundles from last year, but let's just say that may not necessarily mean it has all the best games from those bundles.

The Best of 2017 bundle has eight games in its grasp, and paying just $1 will get you Five Nights at Freddy's: Sister Location, Goat Simulator, and Hacknet.

Opting to beat the average price, which currently hovers around $5.50, will net you four more games, them being Verdun, Sins of a Solar Empire: Rebellion, Death Road to Canada, and Turmoil, plus its soundtrack.

If you purchase the third and final tier, you will receive all the previous tiers as well as the multiplayer horror title, Dead by Daylight. Moreover, Humble Monthly subscribers will receive $2 worth of Humble Wallet credit for purchasing this tier.

Speaking of the Humble Monthly Bundle, it is offering Dark Souls III and the Ashes of Ariandel expansion as early unlocks this month, possibly the cheapest the game has been available for since its launch. The Rockstar Games Bundle is also still up and running, offering a great number of titles from the popular developer at a bargain price. 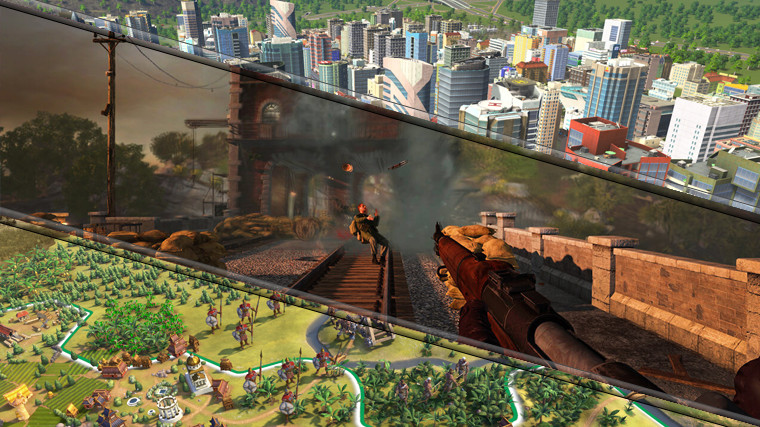 Just as Firaxis Games launched Civilization VI's debut expansion, the studio is hosting a free weekend on Steam for the base game. A great opportunity for any turn-based strategy fans to try out the title and see if its worth their time. Be prepared for the weekend to disappear quite quickly if you get hooked, however.

If city building and traffic management is more appealing to you, Paradox has made Cities Skylines base game free to play this weekend as well. Another game that can make you wonder where did the weekend suddenly go.

Cooperative shooter fans, on the other hand, have the chance to try out RAID: World War II this weekend. The gameplay is very similar to Payday 2, considering it's by the same publisher, but takes place in World War II instead, where four players get to play out various scenarios that involve stealing gold, assassinating targets, and more.

Up next, we have something for VR headset owners, as Eleven: Table Tennis VR is also having a free weekend. The game lets you face off against other players in online multiplayer, and also offers a single-player option to spar with the computer for all your ping pong needs.

And lastly, we arrive at Disk Jam, an arcade action sports title that is described by the developer as a combination of tennis and air hockey, the fifth game having a free event this weekend on Steam. The game supports up to a maximum of four players per match in multiplayer, which is playable both online and local via split-screen.