Curiously, potential evidence has been uncovered regarding Android 3.0 (codenamed Gingerbread). Although most of the Android world is still awaiting an update to version 2.2 of Google's mobile operating system, the folks over at Phandroid have discovered what looks to be a Nexus One running a previously unseen version of Android. The validity of the image comes into question due to the obnoxious concealment of the device, along with the fact that it could very well be just a clever Photoshop job. 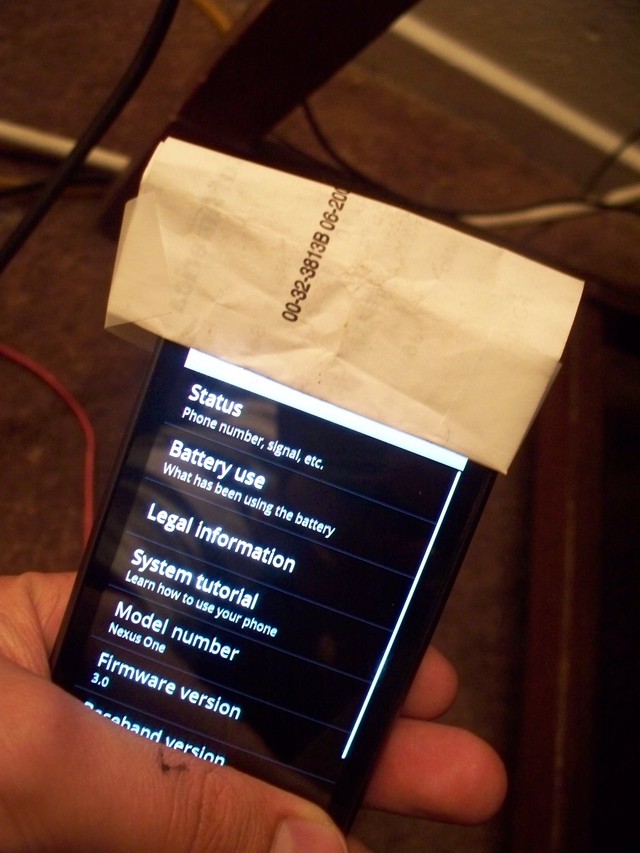 Even more curiously however, is that GreeneComputing (as reported by Droid-Dog) has also reported seeing various ROMs of the 3.x variety in their stats for their Linpack benchmark software.

Although a clever developer could possibly fake the version information, it seems like a lot of work just to generate buzz.

It is more than possible that Google is actively working on the latest version of Android, and an employee with a different set of ethics may have released the picture to the dessert hungry masses. It is equally probable that the image has been faked, along with the firmware/benchmark data and there's nothing to see here.

The bigger concern for most of the Android community is just when their device is going to receive Android 2.2. HTC users in particular have yet to see the update and are joined with a list of other devices from an ever growing group of manufacturers.  It is refreshing to think that baking of the new OS is proceeding at such a great pace, yet it would be even more sweet and filling to finally see the current updates rolled out across all compatible devices.