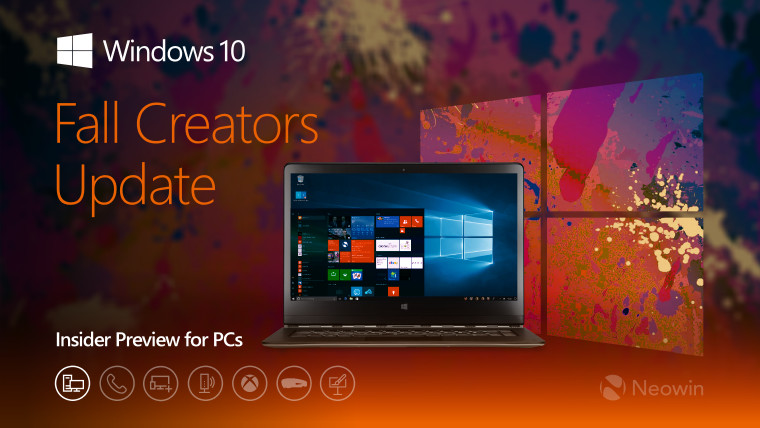 Today, Microsoft released Windows 10 for PCs build 16291 to the Slow ring. While Slow ring builds are typically monthly, it's only been a week since 16288 was made available, and the one before that was two weeks.

This is happening because we're now less than a month away from the release of the Fall Creators Update, which is scheduled to start shipping to your PCs on October 17. Obviously, the builds are coming more frequently, and then when there is an RTM, it will be available in the Release Preview ring.

Build 16291 is an interesting Slow ring candidate though, because like its predecessor, it has a bug that prevents Surface Pro 3 tablets from booting up. Microsoft did provide instructions for patching your machine, although we weren't able to get it to work, and eventually fixed it by installing the latest Fast ring build, 16294.

Brandon LeBlanc says that this shouldn't affect any other devices though:

As I noted in a prior tweet - we've mitigated this from impacting other SP3s and have issued instructions on how to get out of that state.

To install today's build, head over to Settings -> Update & security -> Windows Update -> Check for updates. If you're not on the Slow ring, go to the Windows Insider Program tab and configure your machine.