Not too long ago, we've asked you if you have upgraded your PCs to Windows 10, after a report emerged about a new milestone in the number of Windows 10 installations, estimating that a total number of 200 million devices are running the new operating system that launched in July 2015.

According to several web analytics firms, Windows 10 is indeed making its way onto more devices, mainly thanks to the free upgrade offer, which has stirred a debate about the aggressiveness with which it is pushed to users. There are also reports that Microsoft's newly released Surface Pro 4 and Surface Book have sold quite well online, which may have contributed as well.

As you can see from the graph below, StatCounter places Windows 10 at just below 12% market share, with Windows 8 sitting just a bit above that same percentage. 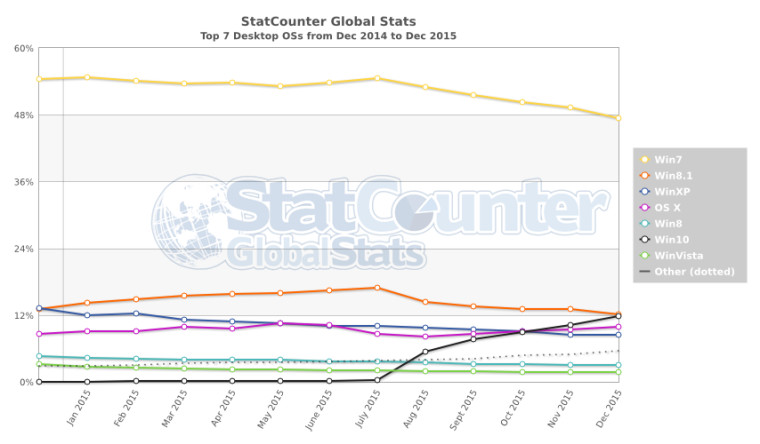 As you can expect, Windows 7 still dominates the landscape (at over 47%), but Windows 10 is eating much more of its share than that of Windows 8 (less than 3%), Windows 8.1, and even Windows XP (less than 9%). This means that users who have been holding off due to the somewhat crippled design of Windows 8.x are finally considering the upgrade as a worthwhile one, especially after the November Update, which has smoothed out some -but not all- of Windows 10's rough edges.

These stats seem to be confirmed by NetMarketShare's desktop OS stats, with Windows 10 sitting at about 10%, Windows 8.1 at 10.3%, and Windows XP at 10.93%. Windows 7 has the desktop crown at over 55%. Even though the exact percentages vary between different sources, they paint the same picture: Windows 10 will soon be the second OS in terms of desktop market share. 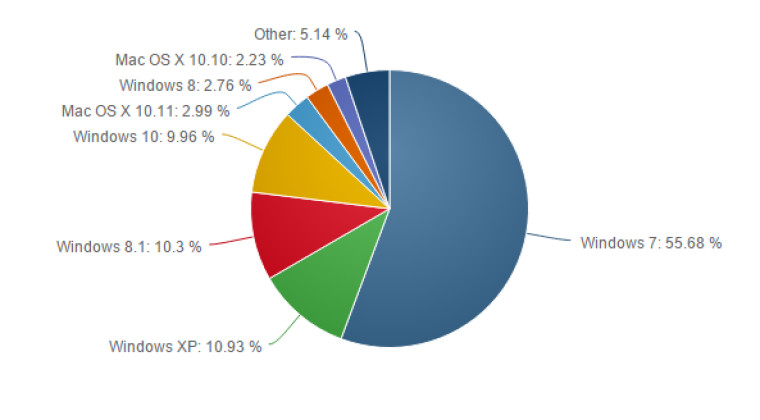 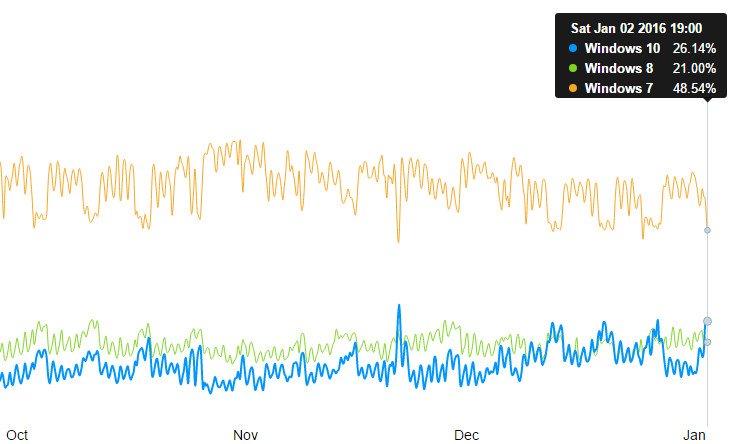