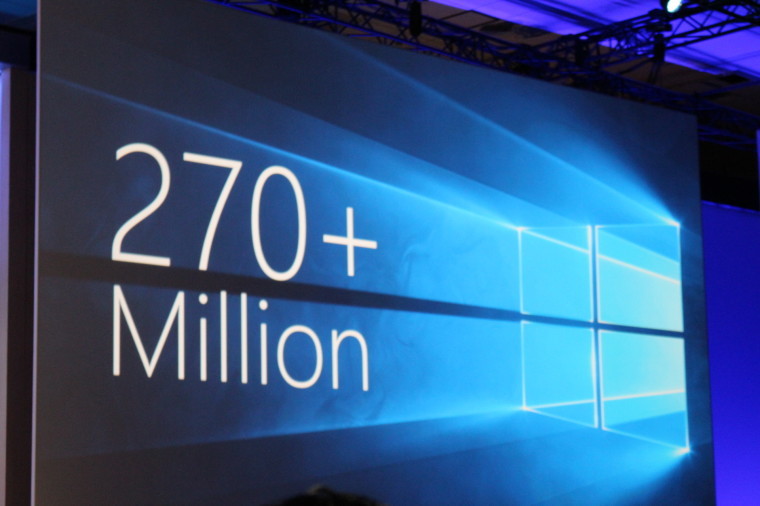 Microsoft's BUILD 2016 developer conference is now underway with Satya Nadella kicking things off this morning followed by a briefing from Terry Myerson about the current adoption status of Windows 10.

The OS is now being used on over 270 million devices and although Microsoft hasn't segregated the types of devices, as always it includes smartphones, IoT devices, tablets, Xbox One consoles and other supported Windows 10 devices.