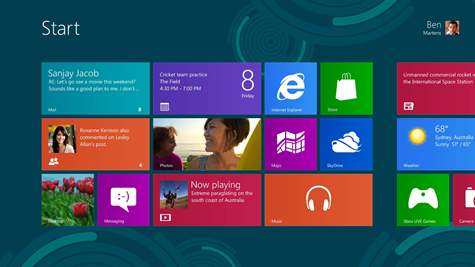 Microsoft has yet to officially announce how much Windows 8 will cost for people who want to build their own PC. In August, it was revealed that Microsoft would allow those kinds of customers to buy the same OEM version of Windows 8 as big PC makers get under the Personal Use License for System Builder plan.

ZDNet now reports, via unnamed sources, that the pricing for the system builder version of the regular Windows 8 SKU will begin at just under $100. Windows 8 Pro prices for system builders will be $20 to $40 higher, depending on if they are getting the 32-bit or the 64-bit version.

As we have mentioned before, Microsoft has only said that it will sell a retail box version of its Windows 8 upgrade software for $69.99 to the general public when Windows 8 is launched on October 26th. That price will stay in effect until at least January 31st, 2013. The company has yet to announce any plans to offer boxed disc copies of the full version of Windows 8 or Windows 8 Pro to the general public.

It will also offer downloadable upgrades for previous versions of Windows to Windows 8 for $39.99 on that date, or for $14.99 for people who purchase a new Windows 7 PC right now.