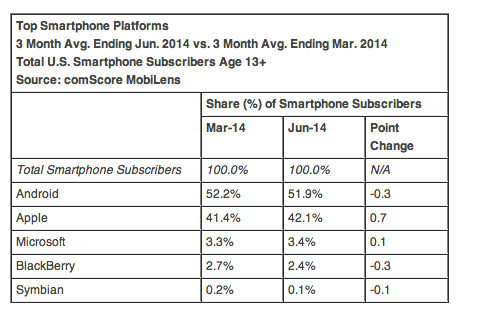 Microsoft has been pushing out new Windows Phone updates at a constant rate and is going all-in with Cortana but in the US market, that has resulted in little gain in market share. The latest numbers from comScore have been released and Microsoft's mobile OS has remained nearly flat.

The US market is critical for Microsoft as most of the smartphones sold in that country are of the mid-range to premium style handsets that have the largest margin. Currently, Microsoft sells most of its Lumia handsets in the entry level category with the Lumia 5XX and 6XX series devices which have a small margin. 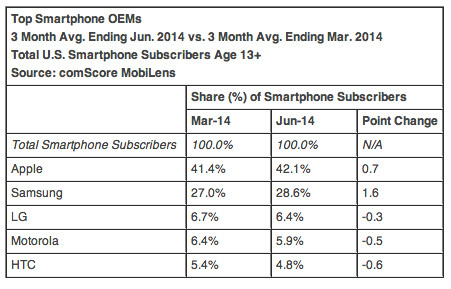 Other stats show that Apple is the largest shareholder of smartphones in the use with 42.1% of the market with Samsung in second at 28.6% and LG pulling up third place at 28.6%.

With Microsoft's new rapid release cadence, we will be curious to see if the additional exposure created by releasing updates so often is able to boost consumer awareness and adoption of the platform.