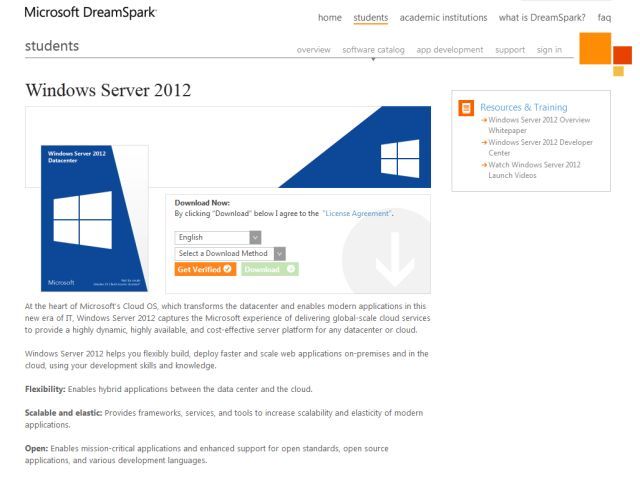 In late August, some users of the Microsoft DreamSpark program could start downloading the RTM version of Windows 8 for free However, those downloads were limited to those people who had DreamSpark Premium level access. That meant only college students and teachers who were involved in science, technology, engineering and math departments could take advantage of downloading Windows 8 using this particular source.

Microsoft also waives the $49 Windows Store publishing registration fee for DreamSpark student subscribers, to encourage them to submit their own Windows 8-based apps for free.