If the cloud is the future, the future definitely isn’t clean or efficient. Even though they’re set up to withstand any kind of hiccup the ever-reliable grid can throw at them, the data centers that power it are wasteful, unaccountable behemoths that are going to get worse before they get better.

At least, that’s the impression we’re getting from a new article from the New York Times, the result of an in-depth study they’ve been doing over the last year or so. Cloud data centers rely on what one electrical expert calls ‘too many insurance policies,’ from glorified car batteries to diesel powered generators. Did we mention that these insurance policies (and the rest of the facilities, for that matter) run way more than they actually need to? Yeah, they do.

Take Google’s data centers as an example. They’re using around 300 megawatts a day across their datacenters. That’s more electricity than 3,000 houses use in a year. Facebook is using 60 megawatt. And the US Government doesn’t even know how much energy it’s using. Or maybe they just don’t want you to know. 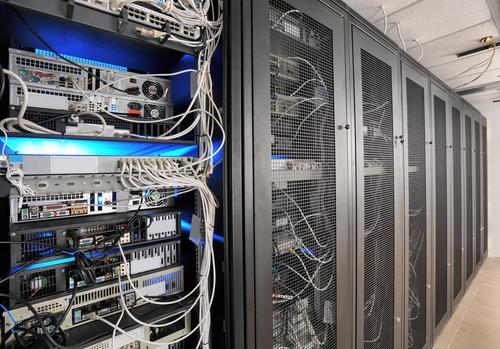 Now, that’s a lot of electricity, but these places are processing a lot of data, right? Not really. Around 90% of the energy used by data centers is used to keep the servers idling, just in case there’s a sudden surge of usage. They’re mostly just sitting around, and that’s not even counting all the electricity wasted to keep them cool and ready to go if the grid goes down.

And it’s not like no one realizes how wasteful these facilities are. Even executives are willing to own up to it – behind a thick mask of anonymity, at least. “This is an industry dirty secret, and no one wants to be the first to say mea culpa,” one executive told the New York Times. Ouch.

Regardless of how wasteful data centers are, they’re not going away any time soon. Everything from your maps to your video games depend on them, and big businesses are already starting to depend on them. For better or worse, they’re the future, and the best we can hope to do is work on making them more efficient than they are now.

If you’ve got time for a bit of a long read, the New York Times article is probably worth your time. It’s loaded with interesting stats and stories, and really sheds a lot of light on something that doesn’t get much discussion.