Last month, Microsoft released the Creators Update for Windows 10 Team, the specialized version of the OS developed for its Surface Hub collaboration device. Along with various other new features, Microsoft showed off its Whiteboard app, as part of a range of improvements to the inking experience on the Hub.

It also promised to bring Whiteboard "to more Windows 10 devices later this year... with exclusive capabilities for Office 365 subscribers." 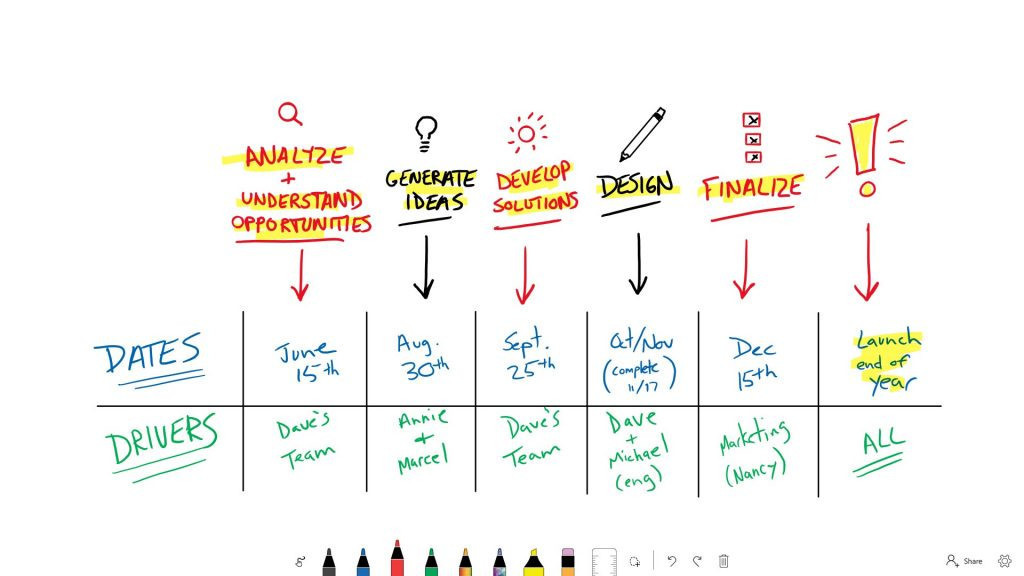 Microsoft hasn't yet announced an exact launch date for its release - but Whiteboard has already leaked online. Windows Blog Italia got its hands on the app, and published details on how to install it.

Whiteboard includes support for 'smart features' and 'intelligent ink' technologies, such as turning hand-scrawled drawings into shapes, or hastily scribbled charts into cleaner and more legible versions. Bing search is also built into Whiteboard, enabling users to search for Creative Commons images without leaving the app.

You can see Microsoft Whiteboard in action in the video below (the commentary is in Italian):

Note: Neowin does not encourage installing leaked pre-release software, and if you choose to do so, it is entirely at your own risk.