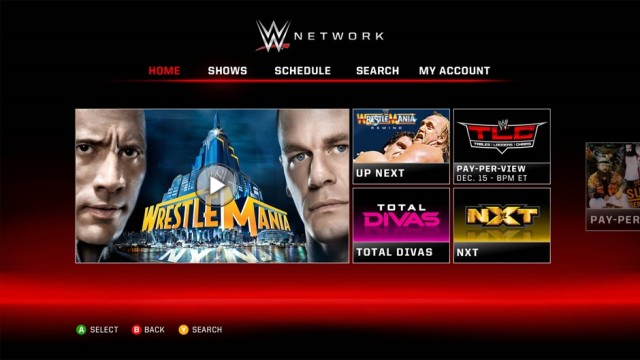 It's been a little while since there's been a new app released for Xbox One owners but today that changes, and it's a rather good one if you are a pro wrestling fan. Microsoft has announced that the WWE Network app is now available to download for its latest game console.

The app allows users to access thousands of hours of both archive and new video programming from World Wrestling Entertainment for the price of $9.99 a month, with a six month subscription required. That cost is in addition to Microsoft's own requirement of an Xbox Live Gold subscription, which is needed to access all of the Xbox One's media apps.

The WWE Network first launched in February and gives users a way to check out some of the best pro wresting organization's matches and shows of all time, along with new and original shows such as "Legends House" where several WWE veterans try to get along in one house (we can imagine that doesn't work out well for them). In addition, the WWE Network allows users to watch all of the organizations's monthly pay-per-view events at no additional cost.