Back in December, Neowin revealed exclusive details on Microsoft's plans to launch a 'music locker' service through its OneDrive platform, allowing users to store their own music collection in the cloud, and listen to it anywhere.

Last week, Microsoft announced the new service, confirming that users can now enjoy free access to their music stored on OneDrive and listen to it via Xbox Music on any device, without the burden of paying a monthly Music Pass subscription. 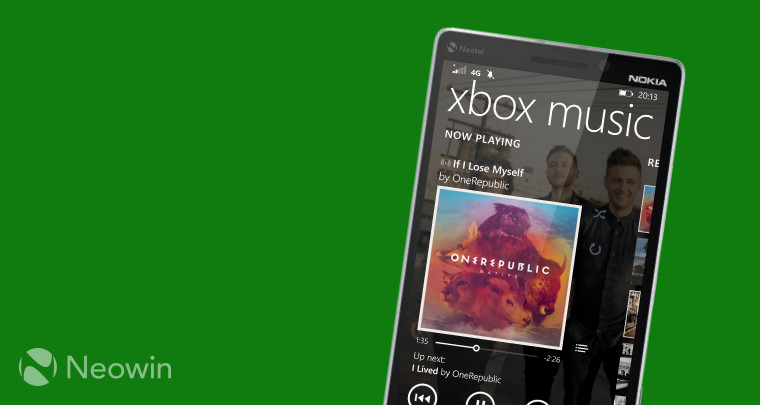 The company has now rolled out an update to Xbox Music on Windows Phone 8.1, which includes a "better explanation of how to get started with OneDrive in the Music App", in an effort to make it easier for its customers to access their music on the go.

Additionally, if you choose to set a playlist as offline, Microsoft says that it will now "automatically download all streaming tracks [to your handset], whether from Music Pass or OneDrive".

This latest version of the app (2.6.674.0) is now available to download from the Windows Phone Store.