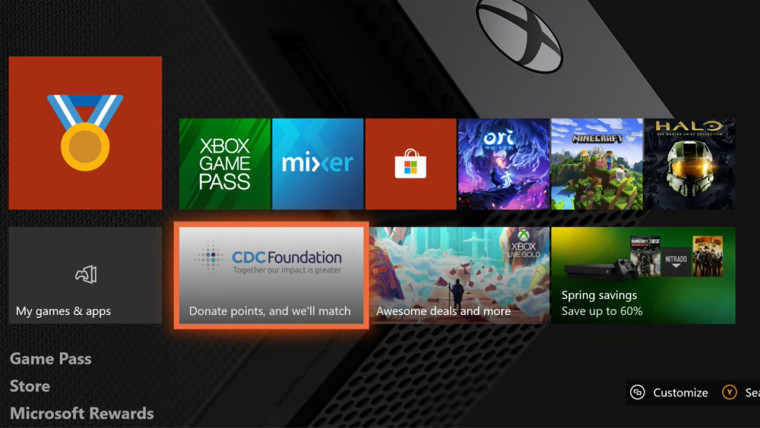 The United Nations Foundation defines its mission as, “we act as a strategic partner to help the UN mobilize the ideas, people, and resources it needs to deliver, and grow a diverse and durable constituency for collective action.” GlobalGiving’s mission is “to transform aid and philanthropy to accelerate community-led change.” These organizations are supporting COVID-19 relief efforts.

Xbox One users can sign up to Microsoft Rewards, and then earn points by completing quests while playing Xbox games. Xbox Game Pass offers quests from logging into the Xbox Game Pass app for 5 points, through to earning achievements in games such as MudRunner for 50 points or Alien: Isolation for 75 points.

Members can also earn rewards by completing daily polls or quizzes offered through Microsoft rewards. In addition, there's an option to earn points by renting or purchasing movies, or shopping through the Microsoft Store on Xbox. Donating 1,000 reward points is equal to donating $1.This comes after Minecraft announced its partnership with UNDP to spread awareness about COVID-19.