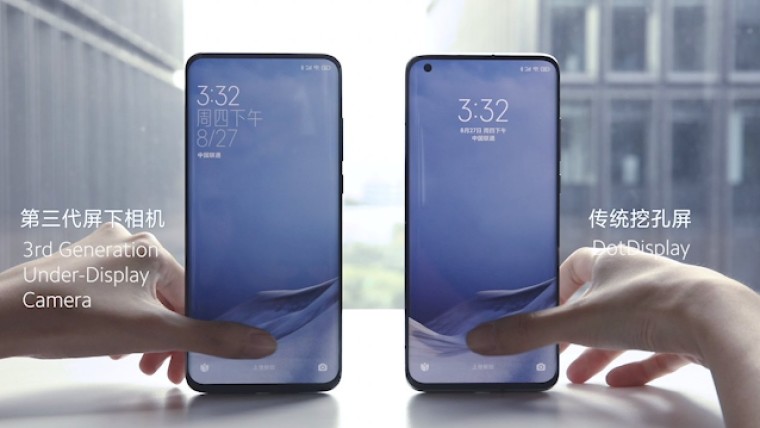 In the third-generation of the technology, Xiaomi says it has "greatly improved" the full-screen effect through a custom pixel arrangement and optimized camera algorithm to deliver the same performance as typical front cameras on smartphones. The custom-developed pixel arrangement used by Xiaomi in its third-generation under-display camera allows light to pass the display through gaps in the sub-pixels.

The company has been able to achieve this while still retaining the RGB subpixel layout for each individual pixel thereby ensuring that display quality is not affected. The company also says that compared to other solutions in the market, it has doubled the number of horizontal and vertical pixels thereby achieving the same pixel density on the display above the camera area as the part below it. This ensures that the display area above the camera has the same brightness, color gamut, and accuracy as other parts of the panel.

Xiaomi has also developed a special circuit design that allows it to hide more components under the RGB sub-pixels thereby increasing light transmittance to the under-screen camera. These improvements lead to the under-display camera offering the same image quality as regular front cameras found in today's smartphones.

The first smartphone from Xiaomi using its third-generation under-display camera technology should debut in 2021.