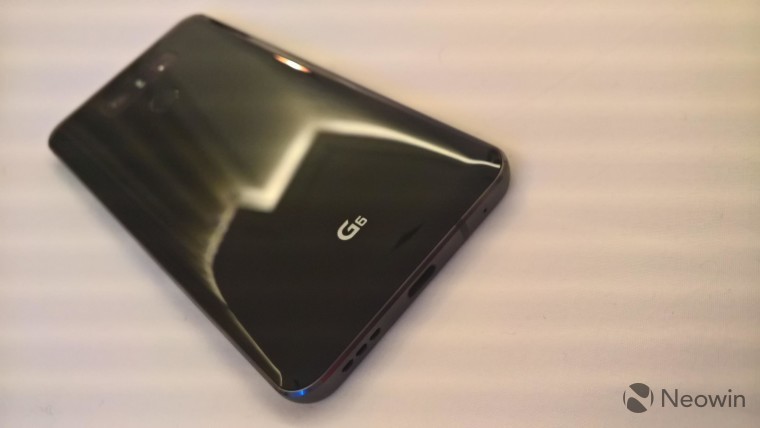 This week, T-Mobile announced that it will sell the LG G6 in the United States for $650, or $26 down followed by 24 monthly payments of $26. The company will also be offering a free Google Home speaker hub with pre-orders of LG's new flagship phone - but rival US carriers are hoping to tempt buyers with even more enticing deals.

Verizon and Sprint are also giving away a free Google Home with pre-orders of the G6, but on top of that, they're offering buyers a free HDTV with the device too.

Verizon has opened pre-orders for the G6 priced at $672 up front, or $28 per month on a two-year plan. In addition to the free speaker, powered by Google Assistant, Verizon is also offering buyers a free 43-inch Smart TV for customers who switch to the carrier, or add a new line to their existing account, and add an unlimited plan.

Sprint is also accepting pre-orders for the G6, but at a higher price. The handset will cost $708 up front, or you can pay $29.50 a month over two years. While the device costs more on Sprint, you'll still get the free Google Home, and the carrier is also offering a free 49-inch LG HDTV worth $349.99, as part of the package.

AT&T is charging the most of any major US carrier, having priced the G6 at $719.99 up front, or $24 a month on a 30-month plan. An alternative plan is available, costing $30 per month for the handset over 24 months instead. As Mashable explained, along with the Google Home speaker, AT&T is offering a second free G6 if you pay for the first one in full and add a new line on AT&T Next. And if you sign up to a two-year AT&T Next agreement, AT&T will also offer you an LG Watch Sport, worth $349, for $49.99.

There are plenty of options for those wishing to buy LG's new high-end handset in the US, and the biggest carriers are clearly eager to lure G6 buyers in their direction.