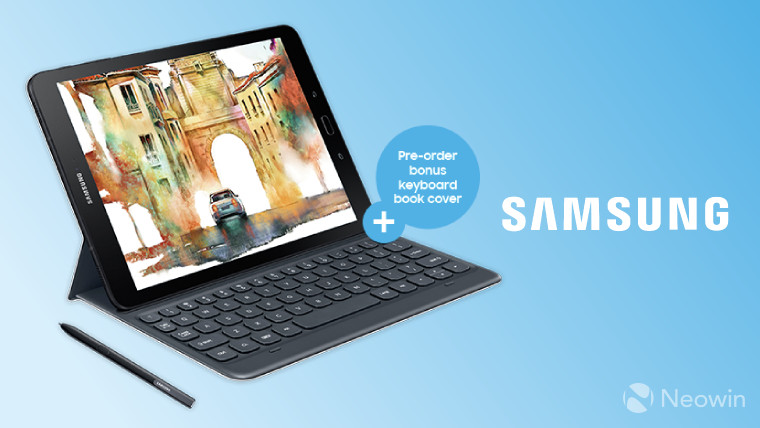 Quite a few eyebrows were raised earlier this week when pricing of the new Galaxy Tab S3 was revealed in the US and the UK. Buyers in the States will pay from $599.99 for the Wi-Fi model, while those in the UK will be charged £599.

That's quite a chunk of change for the new 9.7-inch Android 7.0 tablet - but Samsung is hoping to encourage UK buyers to part with their hard-earned cash by offering a valuable freebie to sweeten the deal.

Those who pre-order the Galaxy Tab S3 will get a free keyboard cover for the device. While the tablet comes with the S Pen stylus as part of the price, the keyboard is an optional extra, and would usually cost an additional £119. In addition to keyboard functionality, the cover also acts as a stand for the device, as you can see in the images shown here.