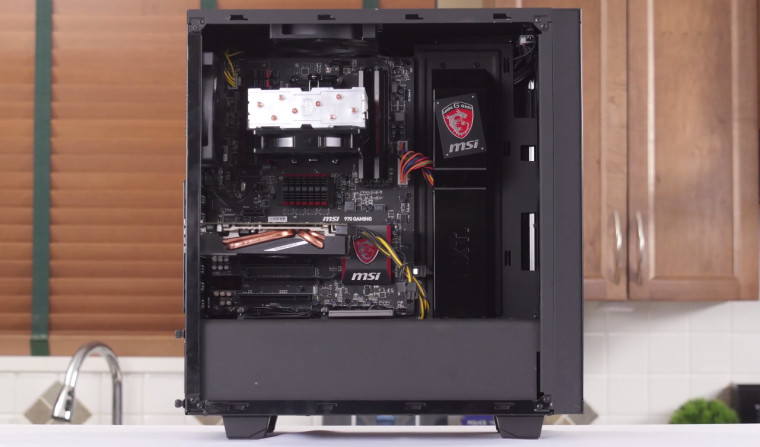 For anyone passionate about gaming, be it AAA shooters or online strategy games, hardware can be the greatest expense. In order to have the perfect experience, you spend time and money to get a better mouse, a mechanical keyboard, a faster graphics card, or maybe a higher resolution monitor. But for most, 4k gaming has been out of the reach due to the high price of such monitors, and due to the graphics power needed to drive these monsters with their over 8 million pixels.

Linus Sebastian and Luke Lafreniere have taken the challenge to build a gaming rig that costs around $1000 and is surprisingly capable of driving games like World of Warcraft, League of Legends, Team Fortress 2, and Counter Strike: Global Offensive at high settings on a 4k monitor at its native resolution.

While this is perfectly fine for less demanding games, you'll run into serious trouble once you try to play games like Assassin's Creed Unity, Call of Duty: Advanced Warfare, or Far Cry 4. You'll need to play on lower settings, as these games are pretty demanding even at 1080p. Here's the video from their Youtube channel:

​Directx 12 may increase the value of such a build in future games, with demos showing significant improvements in performance as a result of improving the graphics stack usage of multi-core processors.