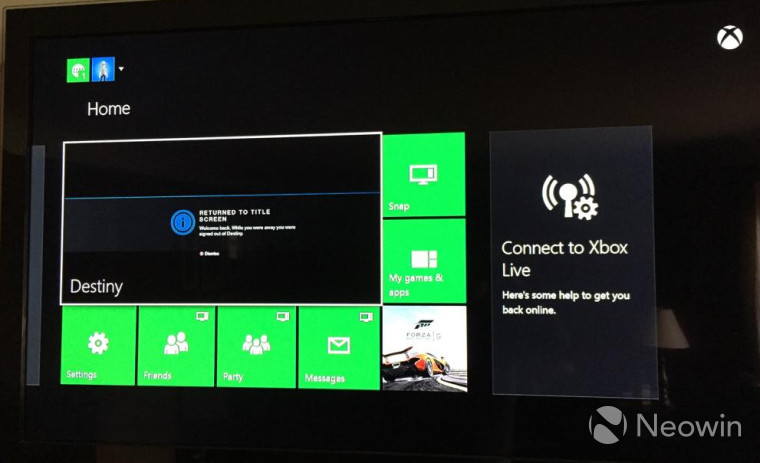 Happy holidays from some fools who would rather deliver coal than joy as Microsoft's Xbox Live service is currently down. While the status page does not indicate any issues, a quick search on Twitter shows that hundreds of users are reporting that they cannot connect to the platform.

The reason for the outage is not exactly known, but previously, Lizard Squad said that they would take down the service on Christmas day, and well, here we are, Xbox Live is down.

It's a shame that Microsoft was not able to prepare for the attack considering that this is not the first time the service has been interrupted. More so, for the millions of new Xbox One users, having Xbox Live go offline is a big blow to the user experience.

Currently we are not able to connect to the service at all and when testing the 'Multiplayer' connectivity in the settings tab, we get 100% packet loss; the 'Internet' connection test passes without issue.

And not long after Xbox Live went down, it looks like the Playstation Network is experiencing a disruption as well. Based on Twitter, users are stating that they cannot connect to the platform and even a few readers below have the same issue.

In the past, we have seen issues with Xbox Live (and PSN) when new games are released where Xbox Live (and Playstation Network) struggle under the new load. Considering that both Xbox Live and PSN are down at the same time, makes it seem that these events are related and not tied to the additional load of new consoles coming online.

[Update] After an attack that lasted at least six hours, it appears that service for both platforms has been restored.