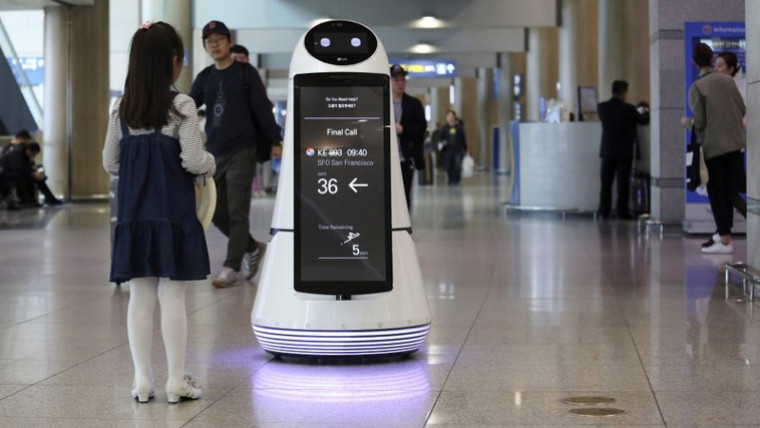 People attending the South Korean Winter Olympic games in 2018 will be able to see, interact with, and receive assistance from 85 robots.

There will be 11 different types of robots, one of them is a humanoid robot that can walk and will carry the Olympic torch on December 11. The other robots will be doing all sorts of things,﻿ but majority﻿﻿ of their work centers around giving directions and advice to tourists. The Airport Guide Robot is one of these and it can provide information such as boarding times in English, Chinese, Japanese, and Korean.

There are also cleaning robots and robots that will be assisting with deliveries, but some of the robots will be dedicated to making art, and﻿﻿﻿﻿﻿ will be drawing murals on walls. Another of the mentioned robots to feature at the event will be "fishing robots", but whether these are to assist people who are fishing or if they are just fishing by themselves is not yet known.

Tokyo will be using a flying car to carry the Olympic torch at its 2020 opening ceremony for the event and reportedly wants to have a whole village of robots to assist, so the South Koreans appear to be matching this desire to show off technological prowess. However, does this mean that a new standard for Olympic events has been set? Or will Olympics in the future revert back to being robot-less.