In 1950, Alan Turing, a mathematician and one of the progenitors of the modern-day computers, devised the Turing Test, which gauged a machine's ability to exhibit intelligent behavior. In other words, what Turing proposed in his seminal work was a way to gauge just how indistinguishable a machine can be from a human.

Now, one of the few real-life renditions of the test, The Loebner Prize, is coming to Swansea this weekend (via BBC). 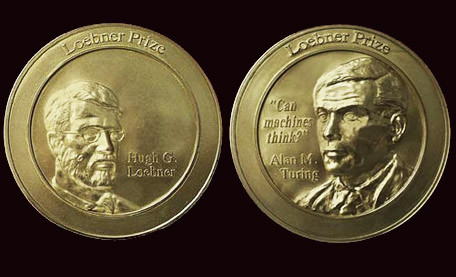 Originally, Turing proposed that a series of conversations with both humans and bots can prove to be a good yardstick. Accordingly, in the Loebner Prize, a panel of judges hold conversations, each 25 minutes long, with humans and bots, now knowing the true identity of who is on the other side of the screen. The judges then proceed to rate each conversation out of 100 marks. A machine wins the test if it can trick at least half the judges into mistaking it for a human while holding a conversation. But so far, this has proved to be an unassailable feat, and statistically, the prize has gone to the machine that has managed to fool the greatest amount of judges.

Steve Worswick, a designer from Leeds and a four-time winner of the Loebner Prize, is hoping to win it this year as well with his bot titled "Mistsuku". However, this year's iteration of the prize will see some key changes. First up, the location of the competition has been shifted from Bletchley Park to Swansea University. And secondly, the chatbots will be talking to the general public instead of a selected panel of judges and will not be up against human competitors. "No-one's quite sure how it will pan out," remarked Steve on the changes.

The Loebner Prize was initiated in 1981, and has partners like the Cambridge Center for Behavioural Studies, the Science Museum, and The Society for the Study of Artificial Intelligence and the Simulation of Behaviour (AISB). However, the prize has remained a novelty, for the most part, attracting only hobbyists and failing to accrue critical acclaim from the big players who are the front-runners in the field of artificial intelligence.

Professor Noel Sharkey, a Computer Scientist at Sheffield University and a two-times judge at the event, acquiesced that the competition has failed to amass support from the big players despite the influx of chatbots online:

"I am a little surprised, given the number of chatbots we are all experiencing in online customer services, that this is not a much bigger affair " [...] "I do not think that the Loebner prize has had a big impact on AI language processors because it has not had much take-up from the academic community and none from the big tech companies."

An interesting fact is that Siri only managed 14th place for the Loebner Prize after it was unofficially entered in the competition by a person back in 2013.

For more information, you can read BBC's original post.