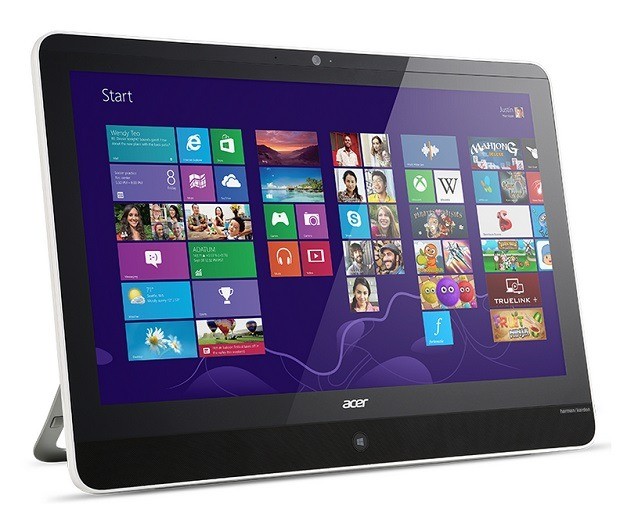 The release of Windows 8 in 2012 has inspired many top PC makers to embrace a new form-factor - an all-in-one that can also be used away from a desk as a really large standalone tablet. It began with Sony and its Vaio Tap 20 for the launch of Windows 8 and since then Lenovo, Dell and HP have all introduced their own entries in this sub-genre of PCs.

Today, it's Acer's turn at bat as it announced plans to release the Aspire Z3-600. The 21.5-inch Windows 8.1 touchscreen PC has a 1080p display and a hinge in the back that allows it to stand up on its own for use on a desk or table. However, the hinge can be adjusted so that it retracts into the main body. This allows the Aspire Z3-600 to be used as a big tablet with a battery life of 2.5 hours. It also contains built-in gesture controls to let users control a number of common PC functions by moving their hands.

Inside, the Acer Aspire Z3-600 will have an Intel Pentium J2850 quad core processor, Intel HD Graphics and 4GB of DDR3 dual-channel memory. There will be storage options that go up to a 750GB hard drive. The PC will go on sale later in December with a starting price of $779.