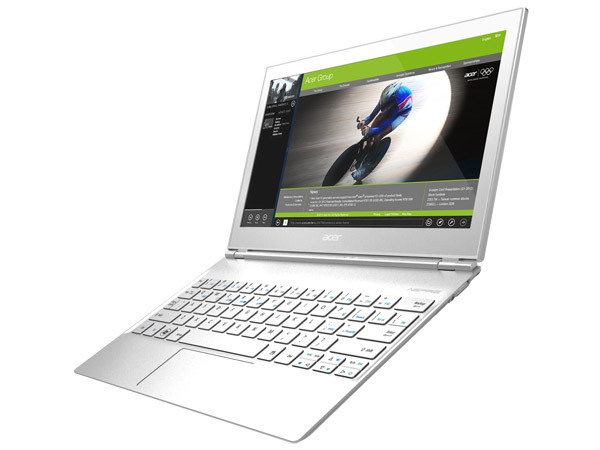 Acer has been upfront in its approval of Windows 8 and will support its touch screen interface with upcoming notebooks, tablets, hybrids and all-in-one PCs. However, it may be a while before the company offers up those same kinds of products specifically aimed at business customers.

ZDNet.com reports that, according to Acer president Jim Wong, the company has no plans to offer a touchscreen Ultrabook for Windows 8 business users until sometime in late 2013. Wong stated:

The consumer market is moving faster than the commercial market. In commercial [ultrabooks] there will be no touch until the second half of next year. Commercial markets are always considering application [compatibility].

Acer has its own brand of business notebooks, TravelMate, that include some additional security features compared to its consumer products. Wong said that if business users want to go ahead and get a touchscreen Ultrabook based on Windows 8, they can purchase the newly revealed Aspire S7 notebook (shown above) when it launches later this fall.

And what about the prices for its upcoming Windows 8 products? Acer, and indeed most of the other PC makers, have yet to reveal how much their Windows 8 devices will cost. Wong said the reason for that is simple: The back-to-school shopping season is still underway. He said, "Now is the very end of the back-to-school cycle. Do you want to talk about it now, hurting your back-to-school business, or wait a bit?"

Wong also repeated the company's stance that it will make a Windows RT device at some point, but no other details were mentioned.