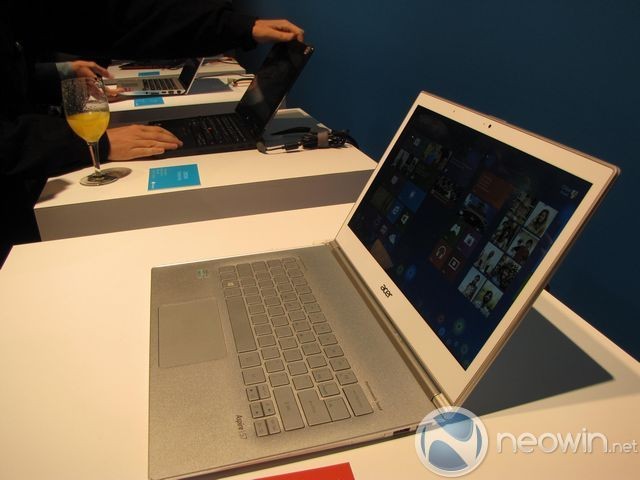 We have heard pretty conflicting reports on the sales of Windows 8 PCs so far. Dell CEO Michael Dell said earlier this month there was a lot of interest in Microsoft's latest OS, but Fujitsu President Masami Yamamoto has said interest in Windows 8 has been "weak" for their company and blamed it for the company's lowered sales predictions of its own PCs.

Acer president Jim Wong, in a new interview with Digitimes, says that his company still has a "wait and see" attitude for Windows 8. He points out that the OS didn't officially launch until the end of October, which left little time for Acer and other PC makers to promote their new products. The article states, "Therefore, Acer is waiting for more representative figures before judging the market's acceptance of Windows 8."

One thing that Wong does see happening is a trend for notebooks to use touch screens. He claims that, according to Acer's own internal studies, people who use a touch screen-based notebook for more than 20 minutes will touch any notebook display they see, whether it is a touch screen or not. As a result, Acer says that touch screen notebook will become the mainstream solution in the next two to three years.