How U.S. companies manage to keep large portions of their profits from taxes has been a hot-button issue in recent years, with technology companies coming under fire for alleged tax dodging practices. For the Fourth of July holiday, a nonprofit activist group is attempting to bring attention to the issue.

In April 2012, a New York Times investigative article claimed Apple funnels its profits to two Ireland offices before transferring them to the Netherlands and finally the Caribbean. The techniques gave Apple an effective tax rate of just 9.8 percent, according to the article. A Bloomberg report in 2010 claimed Google pays just 2.4 percent in taxes through the use of similar tax avoidance strategies. Citizens for Tax Justice claims the companies should all be paying tax rates of more than 30 percent.

Apple CEO Tim Cook testified in front of the U.S. Senate Permanent Subcommittee on Investigations that his company doesn't "depend on tax gimmicks" and that Apple pays "all the taxes we owe." The subcommittee used the technology company as an example of how corporations are legally avoiding taxes through loopholes in the U.S. tax code, with Sen. John McCain saying calling the tax system "broken and uncompetitive." McCain claimed Apple has more than two-thirds of its total profits in offshore accounts. 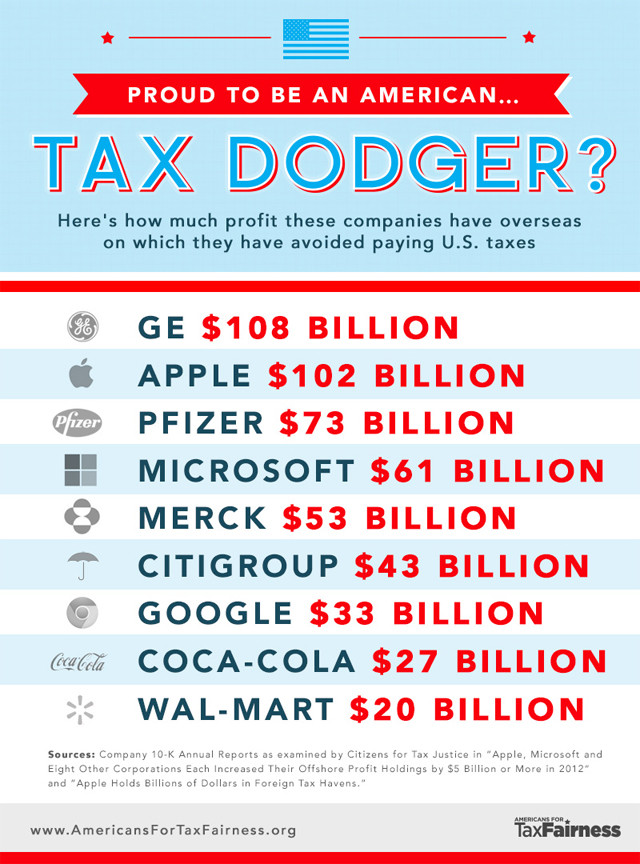