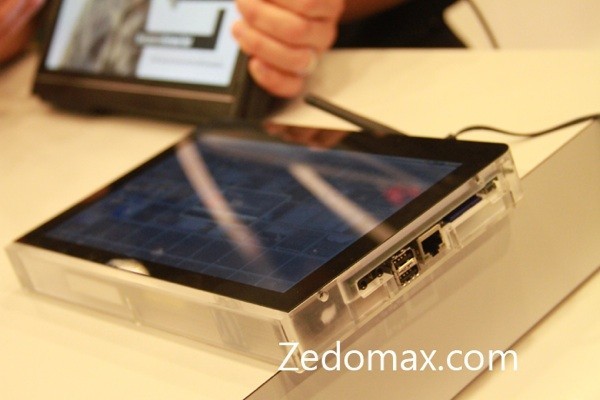 Chances are, if you've been online lately, you would have seen news of Steve Jobs releasing his 'thoughts on flash' on Apple's website, in which he described the many reasons why Adobe Flash was not allowed on the iPhone, iPod touch, or iPad - he pointed out that "Flash has not performed well on mobile devices. We have routinely asked Adobe to show us Flash performing well on a mobile device, any mobile device, for a few years now." Adobe later responded that day to defend these claims.

Yesterday, Engadget reported that Adobe had published what seems to be a direct response to this, by releasing photos and videos of an Android Tablet running Flash and Air "flawlessly". The videos show YouTube and Wired's Adobe Air magazine application running in full swing with no lag or performance issues.

The tablet that was shown off is a very early prototype, with nVidia confirming that the flash performance is thanks to the Tegra 2 that it's packing inside. Other details were sparse, but the tablet appears to be running with multi-touch and the current flavor of Android - 2.1.

NVIDIA pointed out that the Tegra 2 tablets should be on sale "this summer" and there will be "plenty on the way way in the third and fourth quarter of the year".

If you still can't believe your eyes, more hands on reviews, pictures and videos can be found over at Zedomax.